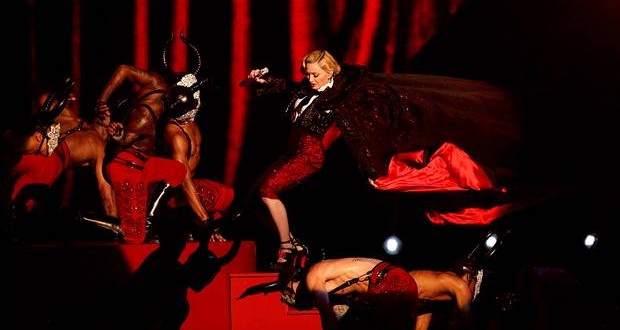 Madonna took a bad fall during her performance of “Living For Love” at the Brit Awards on Wednesday.

The singer was treating the star-studded crowd at London’s O2 Arena to a version of ‘Living for Love’, when she took a tumble in the early stages of her performance.

It is not entirely clear what led to the fall, but it appeared as though Madonna was struggling to untie her cape one-handed when a dancer pulled the garment backwards.

Despite stumbling early on, Madonna carried on to close the awards in style. She was surrounded by demonic-looking backing dancers in a bullfighter-themed performance. 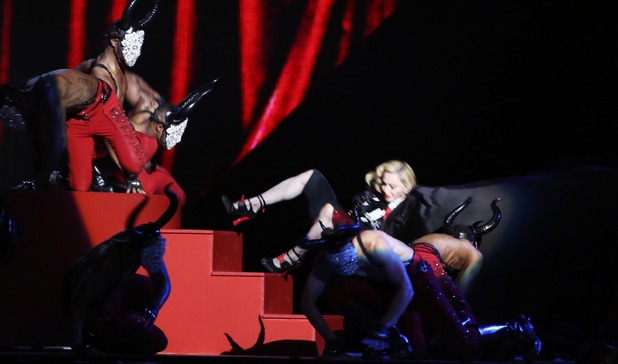 Madonna later posted on her Instagram saying “my beautiful cape was tied too tight! But nothing can stop me and love really lifted me up! Thanks for your good wishes! I’m fine!”

There is a clear pause in the song, so at least we all now know she was singing live.

Web articles – via partners/network co-ordinators. This website and its contents are the exclusive property of ANGA Media Corporation . We appreciate your feedback and respond to every request. Please fill in the form or send us email to: [email protected]
Previous: Loblaws recalls PC Blue Menu bran flakes, Report
Next: Man dies after suspicious incident near Eglinton and Laird : Police