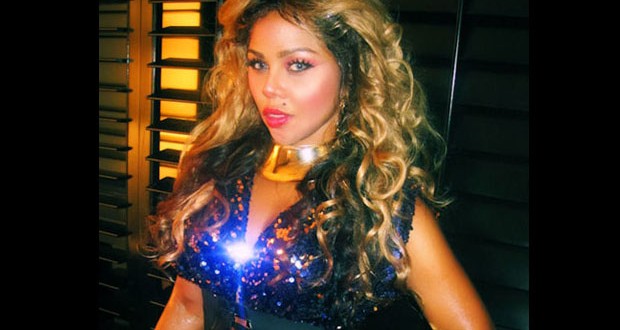 The collection of new music from the hip-hop star was originally scheduled to be released on Friday (29Nov13), but Lil’ Kim took to Twitter.com that same day to apologize for the delay.

Kim declares her dominance again in the chorus, rapping, “I am Kimmy Blanco / The motherf—in’ head honcho / So you better have your poncho / I’m about to rain on you pronto.”

The ‘Lighters Up’ rapper doesn’t sound energetic on the song and her lyrical threats are rather tame. Nevertheless, the tune is garnering mixed reactions on Twitter.

“I just want to make U guys happy,” Kimmy tweeted. “I love U guys.”

Web articles – via partners/network co-ordinators. This website and its contents are the exclusive property of ANGA Media Corporation . We appreciate your feedback and respond to every request. Please fill in the form or send us email to: [email protected]
Previous: Lady Gaga’s ARTPOP Reviews : Singer gets lost in her mind
Next: Georgia : Cops Nab Electric Leaf Owner Before He Can Ride Free On Your Nickel