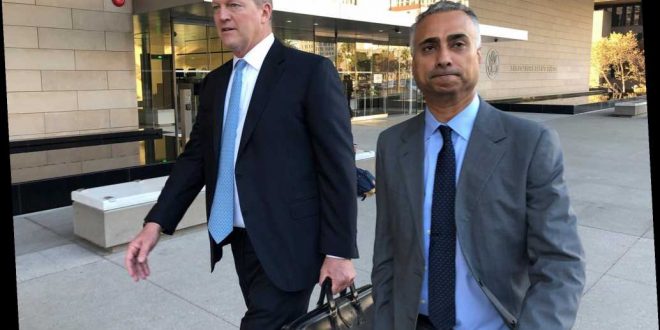 Imaad Zuberi charged to one count of obstruction of justice

Imaad Zuberi charged to one count of obstruction of justice

Imaad Zuberi charged to one count of obstruction of justice.

Imaad Zuberi, a major donor to President Trump’s inaugural committee, was reportedly charged with obstructing a federal probe into whether foreign nationals were illegally giving money to Trump’s inaugural fund.

According to the Associated Press, the Los Angeles-based venture capitalist is accused of taking “numerous steps” to block the investigation into where Trump’s inaugural fund got its cash—taking actions like backdating a $50,000 check and deleting emails, prosecutors claimed.

Zuberi, who has also donated to Democrats, gave $900,000 to the president’s inaugural committee and recently pleaded guilty in a separate case in which he’s accused of failing to register as a foreign agent, campaign-finance violations, and tax evasion.

Web articles – via partners/network co-ordinators. This website and its contents are the exclusive property of ANGA Media Corporation . We appreciate your feedback and respond to every request. Please fill in the form or send us email to: [email protected]
Previous: Vampire burial Reveals Efforts to Prevent Child’s Return from Grave (Study)
Next: Avatar 2 first look: James Cameron has assured moviegoers