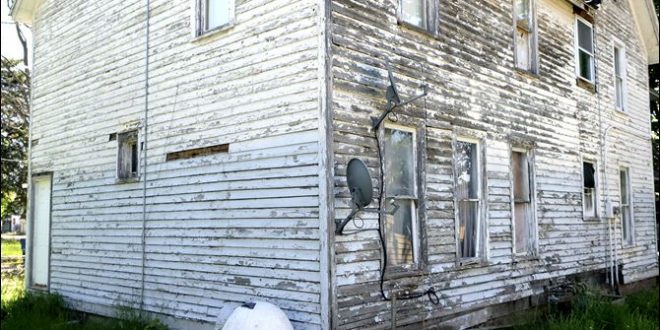 A 13-year-old girl claims she was shackled by her ankle to a beam in the basement of a Toledo home and forced to eat spoiled food for more than a year, before making a daring escape.

A man and his 27-year-old son were taken into custody early Thursday not long after the girl got out of the home in Toledo.

Both 53-year-old Timothy Ciboro and son Esten Ciboro are charged with kidnapping and child endangerment and are being held on $500,000 bond. Court records don’t list attorneys for them.

The head of a county children services agency says the girl is related to the two men.

It’s not clear how long she was kept in the basement or if she was ever allowed out.

Court documents say the girl told investigators she was shackled by the ankle to a support beam in the basement. WHIO reports that the girl was able to escape by hiding a handcuff key.

The teen reportedly told police she was forced to eat spoiled scraps of food, and to use the restroom in a bucket filled with ammonia.

Web articles – via partners/network co-ordinators. This website and its contents are the exclusive property of ANGA Media Corporation . We appreciate your feedback and respond to every request. Please fill in the form or send us email to: [email protected]
Previous: DIck Finkel: Street Performers Festival founder dies
Next: Star Trek Beyond trailer released, high on evil Idris Elba “Video”