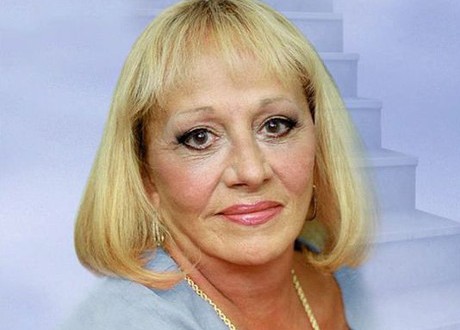 Celebrity psychic Sylvia Browne, who had a Jan. 9 appearance scheduled at Easton’s State Theatre, died early Wednesday morning in a San Jose, Calif., hospital, according to her website. She was 77.
No cause of death was given.

She had 22 books on the New York Times Bestsellers list over the years, her website said. She founded the Nirvana Foundation for Psychic Research in 1974, CNN reported. It was the same year she began doing psychic readings.

Sylvia Browne was born in Kansas City, Missouri during the Great Depression. She first became aware of her psychic talents when she was only age 3, it reads in her biography. She said that it was extremely scary for her as a child when she realized she could tell when someone was going to die.

She moved to California in 1964 and moved from just giving readings to people in private to doing so in public. She felt this would help people gain control of their lives and begin to live more happily. She wanted them to understand life and to find God in their unique way.

Sylvia Brown established The Nirvana Foundation for Psychic Research back in 1974, and then published over 50 books. Her biography stated that 22 of those books ended up on the New York Times Best Sellers list.

Browne also taught ministers to help spread her teaching through the Society of Novus Spiritus association. She also produced The Sylvia Browne Hypnosis Training Center in order to teach her hypnosis techniques to other individuals.

Although she was adored by many in the psychic community, Browne also had critics. They happened to include those that were angry about of her comments, on a 2004 episode of The Montel Williams Show, where she said that then-missing Amanda Berry was dead. She even told Berry’s mother she would only see her daughter “in heaven, on the other side.”

Berry was one of the young women that were rescued, along with her daughter, and other captives Gina DeJesus and Michelle Knight, this past May in the Cleveland, Ohio home of Ariel Castro. They all had been enslaved for almost a decade. Browne consequently put a statement up on her website that read, “If ever there was a time to be grateful and relieved for being mistaken, this is that time. Only God is right all the time.”

Sylvia Browne will be missed by many people.

Web articles – via partners/network co-ordinators. This website and its contents are the exclusive property of ANGA Media Corporation . We appreciate your feedback and respond to every request. Please fill in the form or send us email to: [email protected]
Previous: Winamp Media Player Shutting Down after over 15 years
Next: Build-a-bear sulley eye can detach : recalled toys 2013