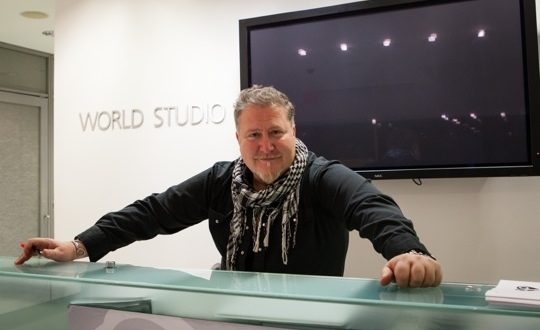 Fabio Sementilli was stabbed several times and was found on his home’s patio by his wife and daughter, CBS Los Angeles reports.

Multiple sources report that Sementilli’s vehicle, a black 2008 Porsch Carrera 911, was also discovered missing, and is believed to have been the murderer’s getaway vehicle. Police have not announced a possible motive for the crime at this time but are investigating all possible leads.

Sementilli was a beloved hairdresser and vice president of education for Coty Inc. Known affectionately as “Big Daddy” and well-regarded for his passionate love of mentoring others, Sementilli had just celebrated his 30-year anniversary of working as a professional hairstylist Friday.

“I’ve never been a glass half empty kind of guy,” he wrote in a Facebook post, according to the Los Angeles Times. “I’m optimistic, I’m driven and I don’t accept the habit of negativity around me. I don’t sit on the fence and with this conviction I conduct myself everyday [sic] to ensure Hair and Nail Professionals everywhere can build a successful and sustainable career!”

In a statement on Facebook, representatives for Coty Inc. expressed their heartbreak over Sementilli’s death.

“The Coty Professional Beauty North America family is devastated to learn we have lost one of our dearest members,” they wrote. “Our Vice President of Education, industry icon and incredibly proud hairdresser Fabio Sementilli died tragically January 23. Our thoughts and prayers are with Fabio’s family in the U.S. and Canada.”

“We will be talking with members of our professional family soon to discuss what we can do to honor Fabio’s legacy, but for now our hearts are broken,” they continued. “He will be sorely missed.”

In his own words via a 2015 YouTube video, Sementilli hoped to be remembered “for the relationships I’ve built and how maybe I’ve made people feel.”

Web articles – via partners/network co-ordinators. This website and its contents are the exclusive property of ANGA Media Corporation . We appreciate your feedback and respond to every request. Please fill in the form or send us email to: [email protected]
Previous: Human stem cells grown in pig embryos (new research)
Next: Baby fur seal pup spotted near boats recovering at Vancouver Aquarium (Video)