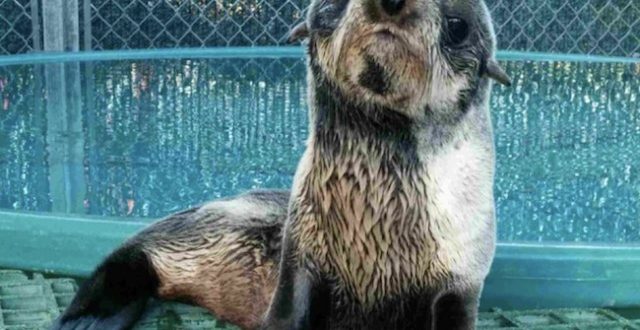 A northern fur seal pup rescued off the coast of Vancouver Island is being nursed back to health at Vancouver Aquarium.

The aquarium says the seals are usually found 20 to 150 kilometres offshore in B.C. during their feeding season between January and June, but the seven-month-old pup was spotted by the shores near the Ahousaht First Nation where there is heavy boat traffic.

The Aquarium says he’s now under intensive observation, and after being treated with antibiotics and subcutaneous fluids has begun to regain some weight.

A more thorough physical exam is expected in the coming days.

Northern fur seals are not listed under the Species at Risk Act, but have been designated as Threatened.

They live throughout the Pacific Rim, from Japan to California.

Web articles – via partners/network co-ordinators. This website and its contents are the exclusive property of ANGA Media Corporation . We appreciate your feedback and respond to every request. Please fill in the form or send us email to: [email protected]
Previous: Fabio Sementilli: Internationally known hairdresser killed in Los Angeles
Next: Euro NCAP: 2017 Volvo S90/V90 score five-star safety rating