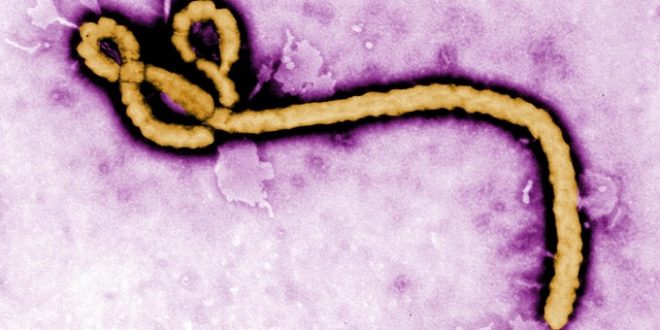 According to WHO, nine suspected cases — including three deaths — have been reported since April 22 in an area more than 800 miles north of the capital of Kinshasa.

WHO have recently developed an Ebola vaccine to be used in emergencies. There are 300,000 doses of the vaccine ‘Gavi’ available which health authorities say they’ll use “if needed to stop this outbreak becoming a pandemic”.

The nation has had seven known Ebola outbreaks in the past, including one in 2014 with several dozen confirmed cases.

The remote location of the affected area has made it difficult for health officials to access the region, however they’re expected to arrive by tomorrow.

Dr. Allarangar Yokuide, a WHO representative in Congo, says it is crucial they operate fast to stop the epidemic in its tracks.

Ebola is a viral hemorrhagic fever and one of the deadliest diseases known to humanity.

The Ebola virus disease is a viral hemorrhagic fever that was first discovered in Africa in the 1970s.

The current outbreak in West Africa, with Liberia, Guinea and Sierra Leone worst hit, is the largest in history. It has sickened more than 5,300 people and killed more than 2,600.

With a death rate of up to 90 percent, Ebola is described as “one of the world’s deadliest diseases” by Doctors Without Borders (MSF).

Many of those infected with the virus quickly get flu-like symptoms such as fever, intense weakness, muscle pain, headache and sore throat. This is followed by vomiting, diarrhoea, rash, impaired kidney and liver function, and in some cases, both internal and external bleeding.

MSF says that the symptoms are non-specific, making the disease difficult to diagnose. The symptoms can appear from two to 21 days after exposure.

There is no vaccine or cure available for the disease. The most serious cases require intensive care and a drip to combat dehydration.

Ebola can be caught from both humans and animals. It spreads by direct contact with blood, body fluids or tissues of the infected.

Funeral rituals in which relatives and friends touch the body of the dead play an important role in transmission, as does handling dead or living animals carrying the virus.

In Africa, particular species of fruit bats are considered possible natural hosts for Ebola virus. Infected bats are thought to transmit the disease to humans, or indirectly through other animals which are hunted for their meat.

Ebola first appeared in 1976 in two simultaneous outbreaks, in Sudan and in the Democratic Republic of Congo. The DRC outbreak was near the Ebola River, from which the disease takes its name.

The outbreak that began in Guinea in early 2014 is the first among humans in West Africa. The virus strain detected is Zaire, the most virulent.

Web articles – via partners/network co-ordinators. This website and its contents are the exclusive property of ANGA Media Corporation . We appreciate your feedback and respond to every request. Please fill in the form or send us email to: [email protected]
Previous: Antibiotic-resistant microbes evolved prior to dinosaurs, says new study
Next: Are you vulnerable? How to protect against the global ‘WannaCrypt ransomware attack’