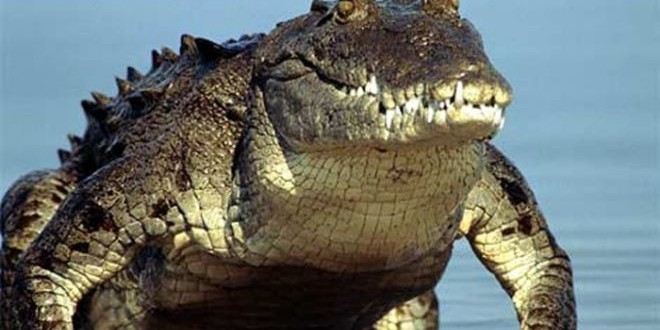 Economic times are tough, but a bad day on this job comes with bite marks. The Florida Fish and Wildlife Conservation Commission is paying people $25 per hour to work as “crocodile response agents,” to keep the reptiles away from residential areas in the Florida Keys and capture them if needed.

Last time I was in Florida I quizzed my cabbie on how big a threat crocodiles were to the locals. And it is indeed an overbearing and constant problem, he answered fairly nonchalantly.

He regaled me with a few recent incidents, with similarly incongruous apathy. Apparently only a week prior did a 13-foot croc end up in some poor woman’s garden, ate her dog, and then stood quietly in her kitchen as she finished the washing up.

It seems this was not the only reptile to suffer a bout of wanderlust. Particularly in the Florida Keys have these mighty creatures – which grow up to 15 feet and can weigh a tonne – transgressed from threatened species to a bit of a nuisance. They are still considered protected, though number around 2,000 in the South Florida region.

As such the commission is looking for two to four more ‘Crocodile Response Agents’. Thankfully they do have one already.

The job spec? Assisting in “handling human-American Crocodile conflicts” according to a commission spokesman speaking to msnbc.com. The role would generally be investigating complaints and finding relocation spots for any reptiles under threat. Mercifully the amount of actual crocodile wrestling would be minimal – capturing the beasts is generally considered a last resort.

Still, at least you could feel justified next time you sit in a restaurant on the Florida beaches, blurting out at every conceivable opportunity: “That’s not a knife…”

Web articles – via partners/network co-ordinators. This website and its contents are the exclusive property of ANGA Media Corporation . We appreciate your feedback and respond to every request. Please fill in the form or send us email to: [email protected]
Previous: Loews Coronado Bay Resort surfing Dog Competition, coach
Next: Mississippi State Mascot Injured by ESPN Cart (PHOTO)