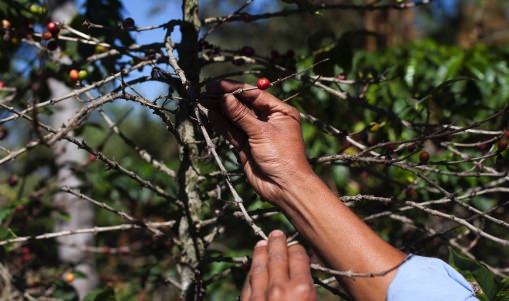 The Obama administration is joining forces with Texas A&M University in the fight against “coffee rust” – a fungus threatening to devastate the Latin American coffee crop.

The orange-colored fungus has already caused more than $1 billion in damage. It is especially dangerous to Arabica beans – used to brew gourmet coffees that are much in demand in U.S. coffee shops and elsewhere.

Especially hard hit have been Central America’s arabica coffee plants, which produce high-quality beans used in espressos and gourmet specialty blends that are in growing demand in the United States and elsewhere around the world.

Moreover, the blight is jeopardizing the livelihood and food security of about 500,000 people who make their living in the coffee industry, especially small farmers and seasonal workers, according to the U.S. Agency for International Development (USAID).

In a new program to be formally announced on Monday, USAID is launching a $US5 million partnership with Texas A&M University’s World Coffee Research that seeks to eradicate the fungus, the agency said in a statement.

The partnership will support research to develop rust-resistant coffee varieties and expand the capability of the Latin America’s coffee institutions to monitor and respond to outbreaks of the blight, USAID said.

“The current coffee rust outbreak is the worst in Latin America’s history,” the agency said in its statement. “It is estimated that production will fall by as much as 15-40 per cent in the coming years.”

The program with Texas A&M is part of the Obama administration’s Feed the Future initiative, a global anti-hunger and anti-poverty effort that USAID said has reached 7 million small farmers and 12.5 million children.

The latest USAID effort brings to $US14 million the sum invested by the agency in the fight against coffee rust, officials said.

Web articles – via partners/network co-ordinators. This website and its contents are the exclusive property of ANGA Media Corporation . We appreciate your feedback and respond to every request. Please fill in the form or send us email to: [email protected]
Previous: Dog Sense of Smell : Early detection of prostate cancer
Next: Young MLB fan’s smooth move (Video)