Home » World » China Says It Will Take Measures to Protect against THAAD, Report 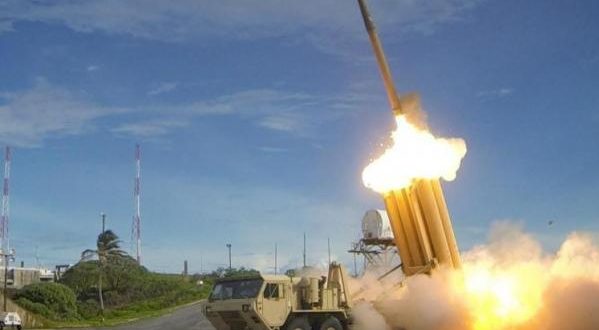 China Says It Will Take Measures to Protect against THAAD, Report

China Says It Will Take Measures to Protect against THAAD, Report

China warned on Tuesday it will adopt necessary measures to protect its interests against the deployment of the THAAD, the anti-ballistic missile system from the United States, in South Korea.

The Chinese public have begun to boycott South Korea’s Lotte Group after the company signed a land swap deal with the South Korean government for the deployment of Terminal High Altitude Area Defense (THAAD). Economic boycotts are always an effective means to protest matters of national security, but are a double-edged sword for the local economy. Amid escalating tensions, China should stay vigilant of the possible withdrawal of South Korean firms from the country over fears of being affected by the current relations.

Amid calls for boycotting South Korean goods, it’s likely it will be more difficult for local governments to attract investment from South Korea. What’s more, some South Korean firms who are already planning to withdraw from China will likely speed up their pace. China will never be afraid of an economic war if it has to break out. However, the country needs to estimate the potential losses and prepare for a worst-case scenario.

In contrast, over the last few years South Korea has st/eadily increased its investment towards the Association of Southeast Asian Nations, in which Vietnam, an emerging manufacturing nation, has recorded the highest increase in investment.

It’s highly possible economic ties between China and South Korea will be affected amid a souring political atmosphere. The memory of the territorial dispute between China and Japan in 2012 over the Diaoyu Islands is still fresh for some Chinese people, when direct investment from Japan into China declined. North China’s Tianjin Municipality and East China’s Jiangsu and Shandong provinces remain major destinations for South Korean investment, and local authorities need to take necessary measures to ensure economic stability and job security if investments do decline.

Web articles – via partners/network co-ordinators. This website and its contents are the exclusive property of ANGA Media Corporation . We appreciate your feedback and respond to every request. Please fill in the form or send us email to: [email protected]
Previous: Candice Rochelle Bobb: Pregnant woman slaying; Police update case (Video)
Next: Boston Dynamics’ new robot is more radical than you (Video)