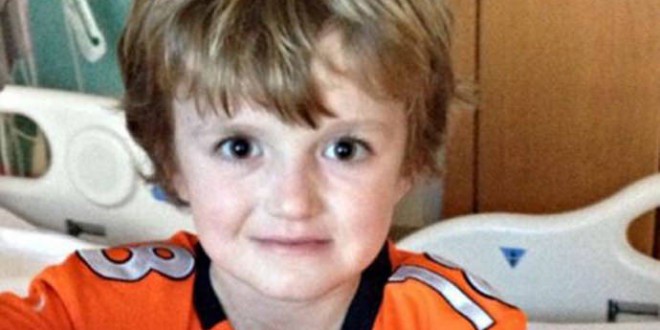 After wide public outcry over the social networking sites the small ailing boy has been made available the required drug by the company.

Chimerix will be experimenting the drug to the 7-year-old Virginia boy and undertaking a huge operational burden.

However, the small and unprofitable biotechnology company said the experiment will only be on one patient, the young boy, and not open to others.

His parents started hashtag #SaveJosh. It went viral on social media and was instrumental in helping the family secure this treatment.

Right now, Josh remains in critical condition at St. Jude Children’s Research Hospital in Memphis, Tenn., where doctors had also been pushing the company to provide the drug.

The #SaveJosh campaign wouldn’t have been possible 20 years ago. Josh’s story went around the world thanks to people who heard about his story and called for action.

But it is also causing some medical ethics experts to point out the campaign has pulled back the curtain on what they say is a drug approval process that is too slow.

Pharmaceutical company Chimerix says it is reversing its earlier decision and will give Josh him the experimental drug that could save his life.

“We are beginning a broader trial that will initially enroll 20 patients and will move to being what’s called a pivotal Phase 3 study, so it will be designed to move potentially to the approval of brincidofovir by the FDA,” said Chimerix CEO Kenneth Moch. “The study has to be undertaken, but that is our hope and plan.”

The decision was fueled by an outpouring of public interest on Twitter, on Facebook and social networks like caringbridge.org. Tens of thousands people demanded Chimerix change its mind and give Josh the medication.

But while the #SaveJosh campaign has raised awareness, here in Washington D.C., it has also raised questions. For example: when it comes to experimental medicines being approved, what is right and what is wrong when science and emotion collide?

The Food and Drug Administration allows so called “compassionate use” of certain drugs — in certain cases — before they have been approved. But patient advocates like Frank Burroughs of the Abigail Alliance say the FDA should do more.

“These people are out of options,” he said. “Their only option is death. It doesn’t have to be that way. The FDA is in the way.”

Art Caplan, a medical ethics expert and professor at the New York University Langone Medical Center, told us some scientists are concerned expanding the uses of unapproved medicines could alter clinical drugs trials.

“If all the Joshs get compassionate use, there’s nobody in the trial and that’s where the dilemma is,” he said.

We asked the FDA to speak with us about their compassionate use program. They instead sent us an email with information about their program and how FDA approves drugs, and how people can apply to the program.

Web articles – via partners/network co-ordinators. This website and its contents are the exclusive property of ANGA Media Corporation . We appreciate your feedback and respond to every request. Please fill in the form or send us email to: [email protected]
Previous: True Detective season 2 release date : What it meant, what’s next
Next: Louisiana Man Finds 2.89-Carat Diamond At Arkansas Park