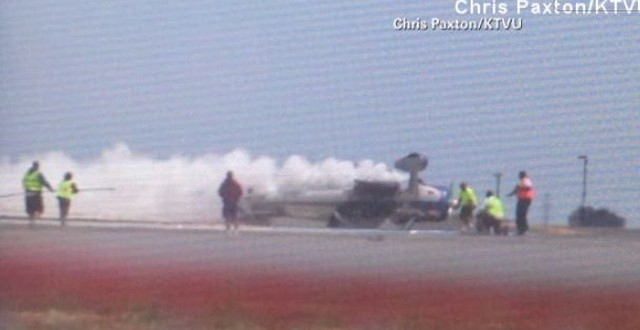 Eddie Andreini, a veteran stunt pilot was killed after his vintage civilian airplane crashed onto the tarmac during an air show at Travis Air Force Base in California on Sunday, forcing a shutdown of the show.

Andreini has performed in almost a thousand air shows in his Boeing Stearman, P-51, and a Yak-9. He was scheduled to be in Redding again in September. Andreini crashed at the “Thunder Over Solano” air show at Travis Air Force Base around 2 p.m. Sunday.

It happened during an acrobatic aerial maneuver in an open field away from spectators. Officials said he was performing a trick where he flew upside down close to the ground when he crashed.

Andreini had been flying since he was 16.

After the crash, the show was canceled. An estimated 100,000 people attended Sunday’s show.

Web articles – via partners/network co-ordinators. This website and its contents are the exclusive property of ANGA Media Corporation . We appreciate your feedback and respond to every request. Please fill in the form or send us email to: [email protected]
Previous: Acrobats fall in stunt accident at Rhode Island (Video)
Next: Massachusetts : Cape Cod shark safety flier sparks concerns