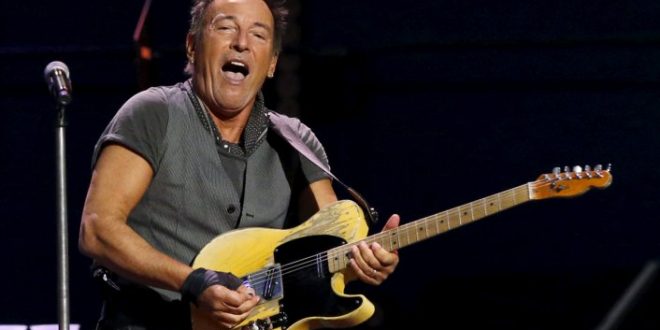 Bruce Springsteen’s touching Harry Potter song that was never used has finally surfaced and it will make you want to rewatch all the movies.

The song intended for the 2001 film that never made the cut was leaked Friday on the Springsteen torrent site Jungleland.

It’s called “I’ll Stand By You Always” and while it doesn’t make specific reference to Harry, Hermione, Ron or any of the other characters, Springsteen does talk ghosts and heroes in the five-minute long song.

Springsteen confirmed that the song was intended for the franchise and written with his eldest son, Evan, in mind.

“It was a big ballad that was very uncharacteristic of something I’d sing myself but it was something I thought would fit lovely [in the movie],” Springsteen said in the BBC interview. “At some point, I’d like to get it into a children’s movie of some sort because it was a pretty lovely song.”

Author J.K. Rowling reportedly did not want any commercial songs to be used in the movies.

Listen to the full song below:

Web articles – via partners/network co-ordinators. This website and its contents are the exclusive property of ANGA Media Corporation . We appreciate your feedback and respond to every request. Please fill in the form or send us email to: [email protected]
Previous: Donald Trump Blocks Listing Bumblebee as Endangered
Next: Woman dies after fall off escalator at World Trade Center Oculus transit hub