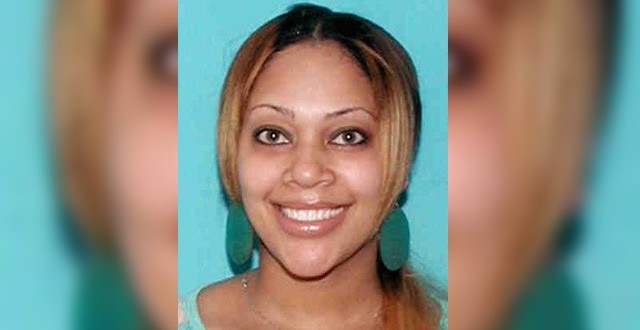 Armed with a handgun, a man searching for his abducted cousin kicked in the back door of an abandoned house and shot and killed her kidnapper Friday, Louisiana authorities said.

Bethany Arceneaux, 29, was abducted Wednesday outside a day care in Lafayette by the father of her 2-year-old son. Police said witnesses told them the suspect, 29-year-old Scott Thomas, confronted the young mother, forced her into his car and fled the scene leaving their child behind.

Later that night, police said they located Thomas’ vehicle about 9 miles away behind a cane field in Duson.

Police did not identify Arceneaux’s cousin, though some media reports have named him as Marcelus Arceneaux. When he saw Thomas stabbing his cousin, he fired several shots into the darkened house, but didn’t know if he’d hit the attacker. He and other family members took Bethany (pictured) out of the house.

When police showed up, they found Thomas dead.

Despite a restraining order against him, Thomas stalked and harassed Arceneaux earlier this year, according to a police report she filed in June.

While the case is still under investigation, none of Arceneaux’s family members have been charged in Thomas’s death.

“The man began harming her,” recounted Lafayette Parish Sheriff’s Capt. Kip Judice. “[Arceneaux’s cousin] did what he needed to do to stop that aggressive behavior from Mr. Thomas. We have to put all the information together before we can comment further on the extent of that confrontation.”

It also emerged over the weekend that the incident could have been even more horrifying if not for the quick and daring action of a total stranger, who rescued Arceneaux’s 2-year-old child as the victim struggled with her abductor.

Derrimetria Robinson lives across the street from the parking lot where Thomas abducted Arceneaux and witnessed the attack. She also saw that before the car driven by Thomas pulled up, Arceneaux pulled her child out of the car.

But Thomas was upon her too quickly.

“She started running and he ran behind her and he attacked her, you know, while she was holding her baby,” Robinson told The Advertiser newspaper. “When I seen she had a baby and I knew they were in trouble, it was like I knew I had to save that little baby.”

Running across the street in her slippers, Robinson intervened and got a hold of the child during the struggle, but Thomas escaped, abducting Bethany’s mother.

“I’m just glad I was able to help and that God chose me to do such a wonderful mission,” Robinson said. “If I had to do it again, I would do it again.”

Web articles – via partners/network co-ordinators. This website and its contents are the exclusive property of ANGA Media Corporation . We appreciate your feedback and respond to every request. Please fill in the form or send us email to: [email protected]
Previous: SeaWorld contact ban : limiting interaction between whale and trainer
Next: Katey Sagal album : ‘Sons of Anarchy’ Cover ‘For a Dancer’