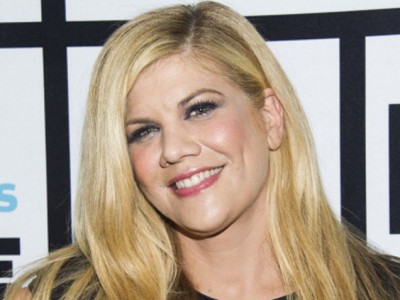 The Exes star Kristen Johnston has revealed that she is suffering from Lupus Myelitis, a rare form of Lupus, that can often leave her “almost completely unable to move.”

On Tuesday, the Emmy-winning actress posted a message to her Facebook page, saying “It’s time for me to be upfront with you about something that’s been going on with me.”

Johnston, who plays Holly Franklin on The Exes, took a break from filming in order to complete two week-long treatments at The Mayo Clinic. She has been suffering from such chronic “full body muscle weakness” that it has made it difficult for her to walk.

But the actress assured her fans that her absence from the show won’t be for long. “The good news: I’m finally on the right treatment, feeling better & back at work!” Johnston continued. She will appear on The Exes‘ Christmas special episode Friday.

Johnston is best known for her role as Sally Solomon in 3rd Rock From the Sun and as a memorable party girl Lexi Featherston on Sex and the City.

Web articles – via partners/network co-ordinators. This website and its contents are the exclusive property of ANGA Media Corporation . We appreciate your feedback and respond to every request. Please fill in the form or send us email to: [email protected]
Previous: The Hobbit Remains Box Office Champ in Second Weekend (Trailer – VIDEO)
Next: Early Elective Childbirth May Raise Health Risks for Babies, Mother