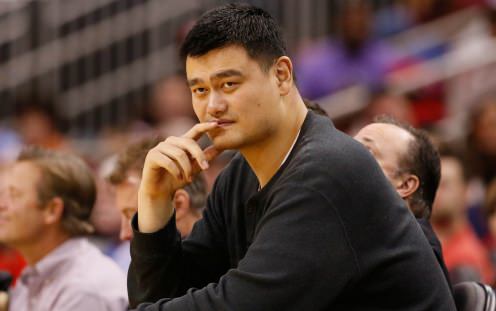 Retired Chinese basketball great Yao Ming has set his sights on acquiring the Los Angeles Clippers, one of the top teams in the National Basketball Association or NBA.

Sources have told ESPN.com that Grant Hill and Yao Ming are working separately to assemble ownership groups to bid on the Clippers once they are available for purchase. A separate source told ESPN.com that Los Angeles’ embattled owner, Donald Sterling, has agreed to let his wife take control of the impending sale of the team.

A 19-year veteran, Hill retired following the 2012-13 season and has been reportedly been putting together a group to acquire the Clippers. Yao, who expressed heavy interest in buying the Milwaukee Bucks before outgoing owner Herb Kohl said keeping the team in Milwaukee was a requirement.

Among the others rumored to have a desire to own the LA franchise, Magic Johnson and Guggenheim Partners, who combined to purchase the Los Angeles Dodgers, former Microsoft CEO Steve Ballmer and billionaire Antony Ressler.

Web articles – via partners/network co-ordinators. This website and its contents are the exclusive property of ANGA Media Corporation . We appreciate your feedback and respond to every request. Please fill in the form or send us email to: [email protected]
Previous: Maid Allegedly Burned By Saudi Employer
Next: 3 more arrests in Miss. Sen. Thad Cochran photo probe, Report