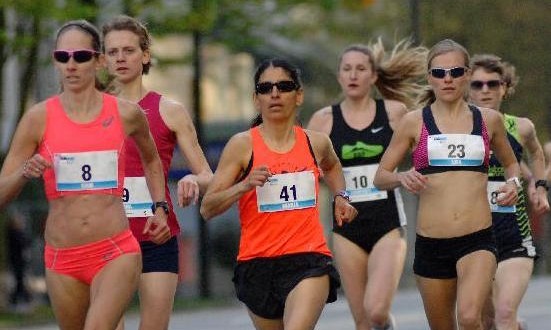 The official winners in the Vancouver Sun Run have been announced.

In the Men’s Division, Luke Puskedra from Eugene, Oregon, won with a time of 28:53.

In the Women’s division, Risper Gesabawa from Kenya recorded a time of 32:28.

“When you think about it you have 40,000 plus people in the downtown core coming in for an event like this, you know you are going to see a huge spillover into the community at large for people who have small businesses, restaurants. It’s great for the city; it just brings in a real healthy community, real healthy lifestyle people.”

Hopkins adds many of those runners are not just from the Lower Mainland.

“We do have elite athletes that come from right across the country. We also have a large number of people come up from the Pacific Northwest. There is master athletes, elite runners come up from Washington [and] Oregon. We have a school team of about 200 kids from Alberta that have come out this year to participate. There are many different areas that we are pulling people in.”

Web articles – via partners/network co-ordinators. This website and its contents are the exclusive property of ANGA Media Corporation . We appreciate your feedback and respond to every request. Please fill in the form or send us email to: [email protected]
Previous: Astronauts hibernating in space may become possible, says scientist
Next: Jake Dead On ‘Scandal’? Episode 19 Shocking Twist Results In Major Character Death