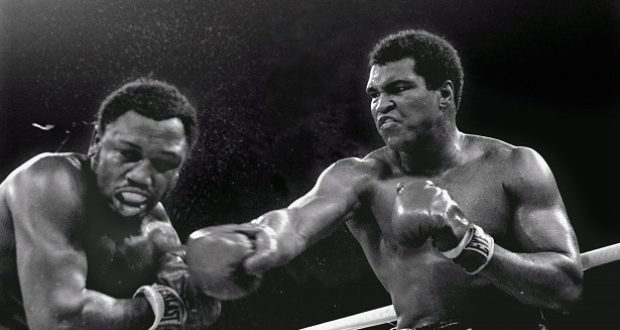 Veteran Vancouver sports journalist Greg Douglas looks back at his memories of boxing great Muhammad Ali, who died at the age of 74.

“I had a hand in bringing him in for the fight at the Pacific Coliseum. Of course it sold out because he was the draw. I was promoting sports events in Vancouver, like bringing in the Seattle Supersonics and the Harlem Globetrotters. And when Pacific Coliseum general manager Mario Caravetta came to me and asked if I would help the promotion with Ali, I jumped at the opportunity because he was going to be an automatic hit.”

The three-time world heavyweight champion, who had battled Parkinson’s disease for 32 years, was admitted to hospital with a respiratory condition earlier in the week.

The funeral will take place in Ali’s home town of Louisville, Kentucky.

The spokesman said the Ali family “would like to thank everyone for their thoughts, prayers and support” and asked for privacy.

Ali, hailed as “The Greatest” after winning the heavyweight championship of the world three times, is survived by his fourth wife Lonnie – whom he married in 1986 – and multiple children, many of whom were reported to have flown to their father’s bedside on Thursday and Friday.

Web articles – via partners/network co-ordinators. This website and its contents are the exclusive property of ANGA Media Corporation . We appreciate your feedback and respond to every request. Please fill in the form or send us email to: [email protected]
Previous: Grubhub Adds Apple Pay To Food Delivery Apps, Report
Next: Electra Meccanica Solo Completes First Chassis Test