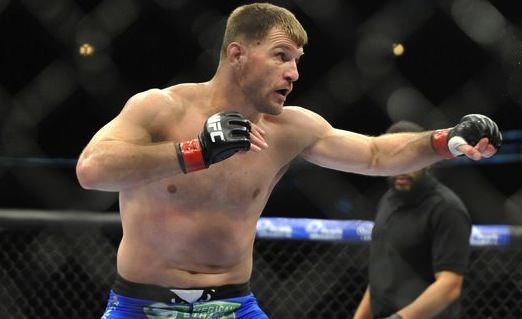 Fabio Maldonado valiantly accepted a heavyweight fight with Stipe Miocic to help save the main event at “The Ultimate Fighter: Brazil 3,” but he wasn’t able to last longer than 35 seconds with his larger opponent.

A big right hand for Miocic led to the quick finish in the headlining bout of Saturday’s event, which took place at Sao Paulo’s Ibirapuera Gymnasium.

Maldonado came forward early but got caught by a heavy shot from Stipe and staggered back. Instead of charging in and attacking, Miocic kept his distance and patiently landed a hard leg kick. The next Maldonado stepped up, Miocic dropped him with a stiff punch and pounded on him on the ground until referee Mario Yamasaki stepped in to end the bout.

Miocic (12-1) improved his win streak to three while ending Maldonado’s three fight win streak. He was originally supposed to meet former heavyweight champion Junior dos Santos at the event but Cigano was forced out with a broken hand.

Web articles – via partners/network co-ordinators. This website and its contents are the exclusive property of ANGA Media Corporation . We appreciate your feedback and respond to every request. Please fill in the form or send us email to: [email protected]
Previous: India : 3 held in attack on teens
Next: Rare ‘mono mono’ twins progressing in Ohio (Video)