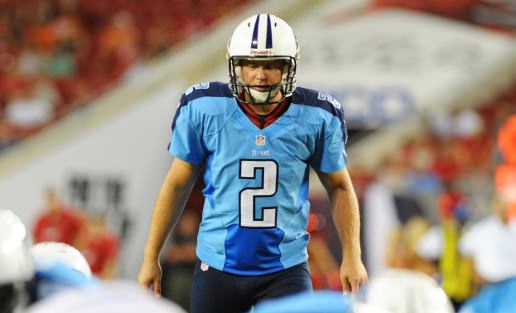 The 36-year old lost control of his SUV and crashed into several trees before landing upside down. The accident happened about a mile from his home.

Bironas was transported to Vanderbilt University Medical Center where he was pronounced dead.

He signed with Tennessee in 2005 as an unrestricted free agent and was released by the Titans back in March. He was named to the Pro Bowl in 2008. He holds the NFL record for most field goals in a single game. In 2007, Bironas converted eight field goals against the Houston Texans.

Bironas played college football at Auburn and Georgia Southern. He played for the Tigers from 1997-1999. He would transfer to Georgia Southern and play one season with the Eagles. Bironas was a member of the 2000 NCAA Division 1-AA National Championship team.

Web articles – via partners/network co-ordinators. This website and its contents are the exclusive property of ANGA Media Corporation . We appreciate your feedback and respond to every request. Please fill in the form or send us email to: [email protected]
Previous: Chrissy Teigen: Star Reveals She ‘Can’t Wait’ Until John Legend Needs Viagra
Next: Second security incident at White House in 2 days (Video)