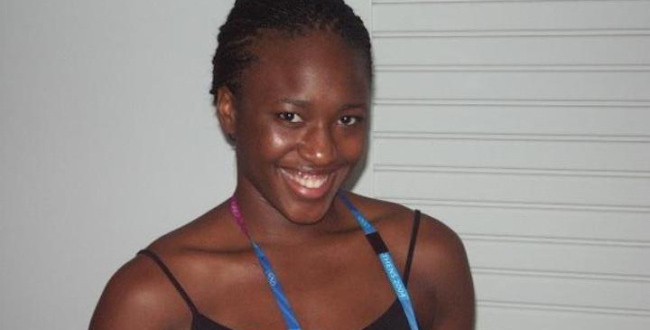 Kamara James, a U.S. fencing Olympian who represented the country in the 2004 Athens games, recently passed away in Modesto, CA at 29.

Originally from Kingston, Jamaica, James moved to Queens when she was 10, at first finding it to difficult to transition to life in a new country but was a scholastic star in middle school earning a full scholarship first to The Dwight School, before her good grades and almost perfect SAT score scored her a scholarship to Princeton.

Ever talented, James decided to take a year off from Princeton to train for the Olympics, but experience and lack of financial resources made her path difficult.

But she overcame all odds, drawing up a business plan and petitioning for more than $50,00 in donation to do what she could to see her dream to the end, according to USA Fencing.

After Athens, James returned to her schooling careering, completing a degree in religious studies and gaining admission to Harvard to work on a master’s degree in comparative religion.

“Kamara James was one of the brightest, precocious, self-assured young people I ever met. From her time as a very young fencer at the Peter Westbrook Foundation to her years at Princeton as an accomplished Olympian she remained warm, caring and confident,” USAFencing President Donald K. Anthony Jr. said of the departed athlete. “Kamara’s untimely passing leaves our fencing community very saddened and her spirit, charm and wit will be dearly missed.”

Web articles – via partners/network co-ordinators. This website and its contents are the exclusive property of ANGA Media Corporation . We appreciate your feedback and respond to every request. Please fill in the form or send us email to: [email protected]
Previous: Hitler a methamphetamine addict?
Next: Keyshia Cole arrested : Singer sued over alleged bust-up