Home » Sports » MLB Rookies of the Year : Fernandez and Myers deserve to win 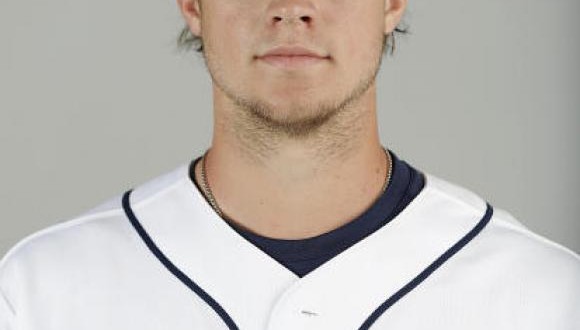 MLB Rookies of the Year

MLB Rookies of the Year : Fernandez and Myers deserve to win

Outfielder Wil Myers of the Tampa Bay Rays was named American League Rookie of the Year, while Miami Marlins pitcher Jose Fernandez took the National League honors when the awards were announced by Major League Baseball on Monday.
The 22-year-old Myers, acquired before the season in a trade with the Royals for pitching ace James Shields, lived up to expectations in Tampa by batting .293 with 13 home runs and 53 runs batted in after being called up in mid-season.
Myers, who joined the Rays in June and helped them claim a wild card berth in the playoffs, finished ahead of Detroit Tigers shortstop Jose Iglesias and Rays starting pitcher Chris Archer in the Baseball Writers’ Association of America voting.
“I thought I did well,” Myers told reporters in a conference call.
“I was able to go out and help the team. I thought I was put in some pretty big spots as a rookie. As far as my season went, there’s a lot of things that can improve, but I thought I did pretty well for my first year.”
Tampa Bay were going at little better than .500 before calling up Myers in mid-June and posted a 56-38 record after his arrival.
The hard-throwing Fernandez won NL Rookie honors over Dodgers outfielder Yasiel Puig and Cardinals right-handed pitcher Shelby Miller.
The 21-year-old posted a 12-6 record and his 2.19 earned run average was second in the National League to Dodgers ace Clayton Kershaw’s 1.83.
The right-hander, who left his native Cuba five years ago, made an unexpected jump from Class A of the minor leagues to the Marlins to start the season and made the most of it.
“This is out of this world,” said Fernandez. “It means a lot to get this award,” he said.
Fernandez, also one of the finalists for the National League Cy Young Award, placed first on 26 of 30 ballots cast.
He was the only player listed on every ballot and became the first Cuban-born player to win the National League award. Tony Oliva (1964) of the Twins and Jose Canseco (1986) of the A’s were Cuban-born winners in the American League.
Cuban-born Puig was runner-up, receiving the other four first-place votes.
Myers was listed first on 23 of the 30 ballots submitted by two writers representing each league city.
Iglesias, who batted .303 with three home runs and 29 RBIs dividing his 2013 season between Boston and Detroit, finished second in the voting with five first-place votes.
Receiving one first-place vote apiece were pitchers Archer (9-7, 3.22 ERA) and Dan Straily (10-8, 3.96 ERA) of the Oakland Athletics.
Myers said he had many areas to improve on in the offseason.
“I definitely want to go out and try to be one of the best players in the game,” Myers said.

Cano, Kuroda, Choo among 13 to reject club offers
Meantime, New York Yankees star Robinson Cano, South Korean outfielder Choo Shin-Soo, Japanese pitcher Hiroki Kuroda and three members of Major League Baseball champion Boston rejected qualifying offers from clubs Monday.
The players union announced that all 13 players who were issued qualifying offers of one year at $14.1 million have rejected the deals, most in hopes of landing better multi-year deals.
The Red Sox, who beat St. Louis in the World Series last month, made the offers to centerfielder Jacoby Ellsbury, first baseman Mike Napoli and shortstop Stephen Drew.
The Yankees made the offers to second baseman Cano, outfielder Curtis Granderson and Kuroda.
Among the others turning down the deal were Cincinnati outfielder Choo and St. Louis Cardinals slugger Carlos Beltran.
The players can sign with any club. But their original club will receive a pick between the first and second rounds of next year’s player draft as compensation should a player sign with another team.

Web articles – via partners/network co-ordinators. This website and its contents are the exclusive property of ANGA Media Corporation . We appreciate your feedback and respond to every request. Please fill in the form or send us email to: [email protected]
Previous: iPad mini Retina : on sale, supplies limited
Next: Bill Hudson on Kate Hudson: She’s a spoiled brat