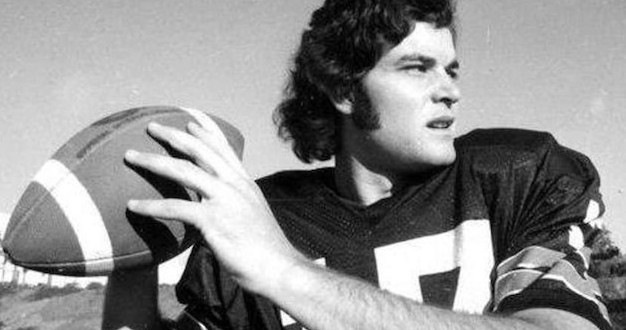 Jesse Freitas, a former Stanford quarterback who played pro football for the San Diego Chargers and later struggled with mental illness, was found dead in the back of a car in Petaluma, authorities said Wednesday.

Petaluma police Lt. Dan Fish said Frietas was in the area to meet a real estate agent, but missed the appointment. His body was discovered about 4:50 p.m.

“It’s very likely he was there waiting for an appointment with a real estate agent and he laid down in back of (the) car with (the) door open and died from an unknown cause,” Fish said.

After playing college ball at Stanford and San Diego State, Freitas was drafted by the Chargers in the sixth round in 1974. He backed up Dan Fouts during the 1974 and 1975 seasons, playing in 13 games and throwing eight touchdowns.

Jesse Freitas ran into legal troubles after football as he was arrested for petty theft, hit-and-run, trespassing and violating restraining orders.

Freitas’ family, which claimed he had a mental illness, agred to have his brain analyzed for possible trauma caused by football injuries.

Web articles – via partners/network co-ordinators. This website and its contents are the exclusive property of ANGA Media Corporation . We appreciate your feedback and respond to every request. Please fill in the form or send us email to: [email protected]
Previous: Carmen Dell’Orefice : ‘Oldest working model’ lands another cover
Next: Young sea lion found on Skyline Boulevard in San Francisco