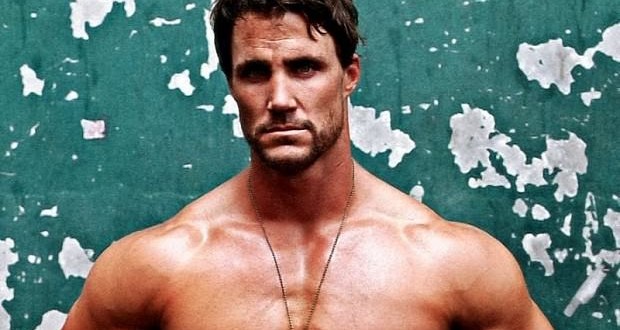 Greg Plitt was killed Saturday when he was struck by a Metrolink train in Burbank, Calif. He was 37.

Witnesses told investigators they saw Plitt standing on the track north of the Burbank station even as the train’s horn was blaring.

Investigators have ruled out suicide.

His workout videos on YouTube regularly attracted millions of viewers.

More recently he had appeared in Bravo’s reality television programme Work Out.

He also had parts in Robert DeNiro’s The Good Shepherd and Terminator 4, starring Christian Bale.

Editor-in-chief of Muscle & Fitness magazine Shawn Perine tweeted: “My heart goes out to the family and friends of Greg Plitt.

“In his short time here he lived life as fully as one could. An inspiration.”

It is not immediately clear what the group had been filming, although some reports suggest it was an advert for a protein shake.

We are devastated to confirm the passing away of Greg Plitt. An Inspiration to millions, he will be sadly missed. pic.twitter.com/HFw99gC8GB

Web articles – via partners/network co-ordinators. This website and its contents are the exclusive property of ANGA Media Corporation . We appreciate your feedback and respond to every request. Please fill in the form or send us email to: [email protected]
Previous: Motley Crue Biopic To Focus Features, Get The Details
Next: Amber Rose : Model strips naked in raunchy shower Instagram snap