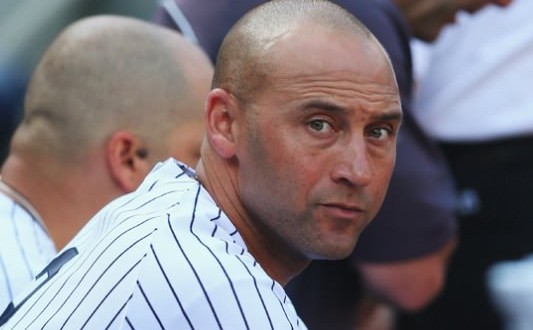 In a move not at all premeditated to spark outrage amongst Yankees fans and produce a spike in ratings, SNY’s Loudmouth host Chris Carlin has come out and declared Derek Jeter a “fraud” who has tarnished his legacy with his farewell tour.

Carlin then went on to bash the scene where he gets out of his car service and decides to walk into Stan’s Bowling Alley near Yankee Stadium. In the scene, the people at the bar tell him they’ve been waiting for him to show up since 1998 to which Jeter responds, “Well, you didn’t invite me.”

“No! Gatorade wasn’t paying (Jeter) an absolute ton of cash to show up and hang out,” Carlin exclaimed. “Otherwise (Jeter) wouldn’t be caught dead (there) and (he) didn’t even know this place existed! What a complete and utter joke!”

Web articles – via partners/network co-ordinators. This website and its contents are the exclusive property of ANGA Media Corporation . We appreciate your feedback and respond to every request. Please fill in the form or send us email to: [email protected]
Previous: Montreal : Blue-collars protest pension reforms
Next: Chrissy Teigen: Star Reveals She ‘Can’t Wait’ Until John Legend Needs Viagra