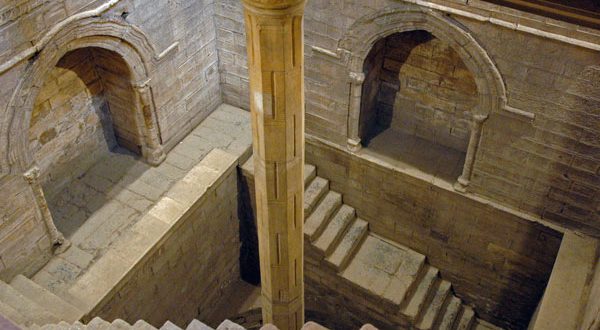 ANCIENT Egypt may have collapsed due to “social stress” caused by climate change and volcanic eruptions, a new study has claimed.

The study shows that the ancient civilisations – ruled by the pharaohs for thousands of years – was plagued by droughts and other natural disasters.

Around 70% of the current world lives in regions that similarly rely on monsoons for their crops and could fall victim to the same troubles.

Joseph Manning, the lead author on the paper and professor of history and classics at Yale, said: “Ancient Egyptians depended almost exclusively on Nile summer flooding brought by the summer monsoon in east Africa to grow their crops.

“In years influenced by volcanic eruptions, Nile flooding was generally diminished, leading to social stress that could trigger unrest and have other political economic consequences.”

It was also discovered that large volcanic eruptions hit river flow from the Nile, reducing the height of the summer flood that Egyptians relied on for farming.

The authors hope to look into more detail at the reports.

Joseph added: “The study is of particular importance for the current debate about climate change.”

Volcanic activity in the region reduced the amount of summer flooding from the Nile that the civilisation relied upon to deliver food to its vast people.

Dr Frances Ludlow, a co-leader on the study, added: “A lot of volcanoes erupt each year but they are not affecting the climate system on the scale of some past eruptions.

“And in this case pressures from high levels of taxation and ethnic tensions that likely coalesced to trigger revolt at times of agricultural failures from insufficient floodwaters.

“Sooner or later will experience a large volcanic eruption and perhaps a sequence of them that will act to exacerbate drought in sensitive parts of the world.

“Our research points to the need for further study in the effect of volcanic climate disturbances on modern societies worldwide.”

Web articles – via partners/network co-ordinators. This website and its contents are the exclusive property of ANGA Media Corporation . We appreciate your feedback and respond to every request. Please fill in the form or send us email to: [email protected]
Previous: Nuns rob Poconos bank! Duo charged with robbing two New Jersey banks
Next: Flying insect biomass decreased by 75 percent over 27 years (research)