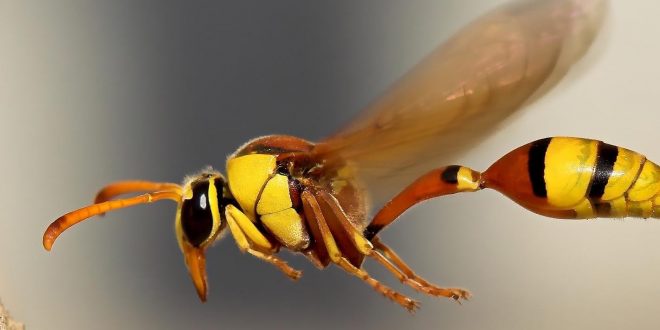 Scientists at Radboud University report that over the last 27 years, flying insect biomass has plummeted by 75 percent in Germany. The findings serve as a wakeup call given the current climate of accelerating decline in insect populations reported all over the world.

Insects play a crucial role in ecosystem functioning, pollinating 80 percent of wild plants and providing a food source for 60 percent of birds. Previous research has shown an overall pattern of decline in insect diversity and abundance, but has focused on single species or taxonomic groups, rather than monitoring insect biomass over an extensive period.

To gain a better understanding of the extent and underlying causes of insect decline, Hallmann and colleagues measured total flying insect biomass using Malaise traps, deployed over 27 years in 63 nature protection areas in Germany. They found that the average flying insect biomass declined 76% (up to 82% in midsummer) in just 27 years in these locations. Their results align with recently reported declines in vulnerable species such as butterflies, wild bees and moths, but also suggest a severe loss of total flying aerial biomass, suggesting that the entire flying insect community has been decimated over the last few decades.

The scientists found that this dramatic decline was apparent regardless of habitat type, and changes in weather, land use, and habitat characteristics were not able to explain the overall decline. They suggest that large-scale factors must be involved, and additional research should further investigate the full range of climactic and agricultural variables that could potentially impact insect biomass. The authors urge further investigation of causes for this decline, its geographical extent, and how its potential impact on the ecosystem.

Hallman states: “Since 1989, in 63 nature reserves in Germany the total biomass of flying insects has decreased by more than 75 percent. This decrease has long been suspected but has turned out to be more severe than previously thought.”

Web articles – via partners/network co-ordinators. This website and its contents are the exclusive property of ANGA Media Corporation . We appreciate your feedback and respond to every request. Please fill in the form or send us email to: [email protected]
Previous: Volcanoes helped topple ancient Egypt, Researchers Say
Next: Scientists develop new obesity treatment that lowers body weight