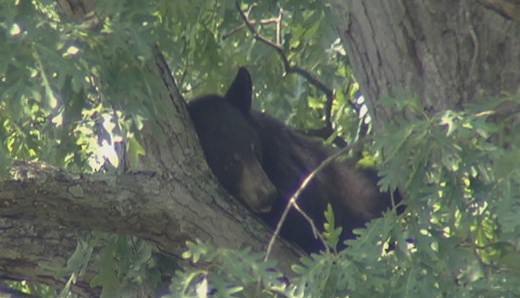 Black bear sightings throughout North Carolina are becoming more common as the bear population increases and bears expand their home range. While black bears are not inherently dangerous and are rarely aggressive toward people, the N.C. Wildlife Resources Commission advises caution to reduce potential conflicts.

“Sometimes when a bear is seen, crowds may gather. This seemingly harmless situation can become dangerous for both humans and bear,” said wildlife biologist Ann May in a release. “But the best option is to stay away, not interfere and allow the bear to move out on its own.”

The commission says people can best avoid problems with bears by putting trash out for pickup as late as possible and keeping it stored in a secure area until that point; using bear-proof trash containers; discontinuing feeding of wild birds in spring and summer; avoiding use of open and unattended outdoor pet food containers; and cleaning food and grease from barbecue grills after eachuse.

People should never feed bears, whether intentionally or unintentionally, the commission said.

Web articles – via partners/network co-ordinators. This website and its contents are the exclusive property of ANGA Media Corporation . We appreciate your feedback and respond to every request. Please fill in the form or send us email to: [email protected]
Previous: George Clooney engaged to human rights lawyer, report says
Next: Swiss Airline Adds Allergy-Friendly Flights