Home » Science » UFO sightings in Manitoba date back to 1792, Report 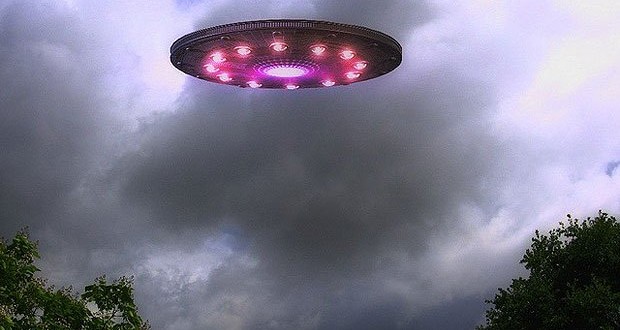 UFO sightings in Manitoba date back to 1792, Report

UFO sightings in Manitoba date back to 1792, Report

A report by Winnipeg-based Ufology Research says there have been just over 2,000 sightings of unidentified flying objects in Manitoba in the last 200 years, including one by explorer David Thompson in 1792.

Chris Rutkowski has been researching the phenomenon for 25 years and compiles an annual survey of Canadian sightings. An analysis of records from the government, the RCMP and the United States show Manitoba has a long history of close encounters, he said.

“It’s not a recent phenomenon,” he said. “It’s not a phenomenon that’s a product of television and movies that are going on right now. These things go back quite a number of years. People have been fascinated with things in the sky and wondering, ‘Are we alone in the universe?’”

The earliest documented encounter came in 1792 from two explorers, David Thompson and Andrew Davy, who were in northern Manitoba where they said they saw several bizarre meteors crash into the ice. Thompson’s diary details how the two were surprised one night by a brilliant “meteor of globular form” that “appeared” larger than the moon.”

“It struck the river ice, with a sound like a mass of jelly, was dashed into innumerable luminous pieces and instantly expired,” the diary says. “The next morning we went to see what marks this meteor had made on the ice, but could not discover that a single particle was marked.”

Other sightings over the years have been reported by police, pilots and average people all across the province. They saw everything from unusual lights in the sky to flying saucers to silver-suited aliens, Rutkowski said.

The witness reports, which have common themes and descriptions, suggest “we are being visited.”

“That doesn’t mean that aliens are invading Canada in any way, but it simply means there are unusual reports of things in the sky,” he said. “It certainly says that we probably are not alone in the universe and that there probably are some sort of alien civilizations out there somewhere but there is no proof of that.”

The latest report on Manitoba sightings found most occurred during the summer months, between 10 p.m. and midnight.

Web articles – via partners/network co-ordinators. This website and its contents are the exclusive property of ANGA Media Corporation . We appreciate your feedback and respond to every request. Please fill in the form or send us email to: [email protected]
Previous: Little girl with cancer gets married to her favorite hospital nurse ‘Matt Hickling’ “Video”
Next: Woman Birth In Car : Driving dad films as mum gives birth to 10-pound baby in the car (Video)