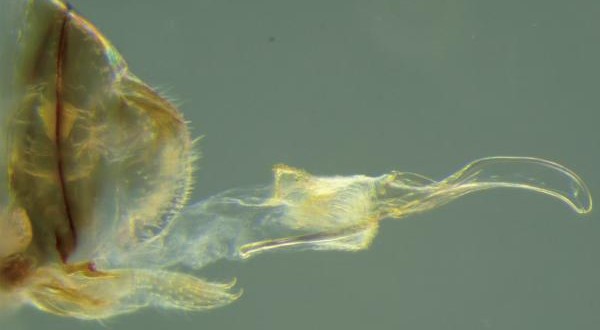 Scientists have discovered gender-bending female cave insects with “very impressive” penis-type organs which can have sex for up to 70 hours at a time.

Females of the neotrogla species insert their penis into males during mating, who instead of having a penis have the equivalent of a vagina.

The neotrogla were discovered in a cave in eastern Brazil and are believed to be the first example of an animal with sex-reversed genitalia.

Yoshizawa Kazunori, an entomologist at Hokkaido University in Japan is the co-author of the recent study and says that, “The female penis is a completely novel structure.” The scientist says that the Brazilian insect species seem to have become very masculine in time, despite having an egg-laying apparatus and producing the larger gametes. The fact that the females of these four species of insects have grown a male sexual organ could be “comparable with the origin of insect wings.”

The new Brazilian insect species were discovered in the caves of Peruacu River Alley. The researchers say that the insects are very similar to other insects that live in those caves and that at first they are unremarkable. Scientists say that during mating time the roles are inverted and the female of the species mount the male and penetrates it with her gynosome (a term used to describe the female penis). The mating period can last up to 70 hours because of the female’s penis which is inflatable and spiny and clings to the male’s internal tissues.

During the mating period the female gathers the sperm to fertilize her eggs. Yoshizawa said: “Because the female’s anchoring force is very strong, a male’s resistance may cause damage to his genitalia, therefore, it is very likely that entire mating processes are controlled actively by females, whereas males are rather passive.”

Web articles – via partners/network co-ordinators. This website and its contents are the exclusive property of ANGA Media Corporation . We appreciate your feedback and respond to every request. Please fill in the form or send us email to: [email protected]
Previous: Malaysia Airlines plane lands safely in Kuala Lumpur After Malfunction
Next: DNA analysis: Epigenetics Helps Explain Early Humans’ Appearances