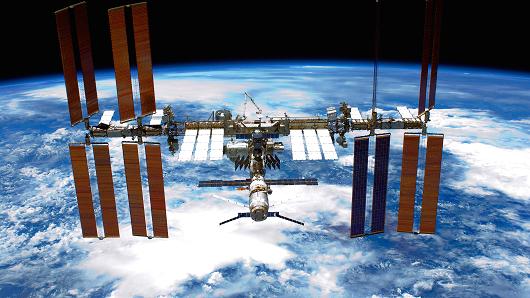 Carrying almost three tons of food, fuel, and supplies for the International Space Station crew, the unpiloted Russian Progress 68 cargo spacecraft blasted off from the Baikonur Cosmodrome in Kazakhstan.

The Russian Federal Space Agency’s (Roscosmos) automated Progress 68 resupply ship lifted off atop a Soyuz rocket at 4:46 a.m. EDT (0846 GMT), beginning a weekend chase of the space station. The cargo ship is scheduled to arrive at the orbiting lab Monday (Oct. 16) at 7:09 a.m. EDT (1109 GMT).

Roscosmos initially attempted to launch the Progress 68 mission Thursday (Oct. 12), but an unspecified problem with the Soyuz booster forced flight controllers to abort the liftoff at the last minute. That problem appeared to be resolved Saturday, with the Soyuz flawlessly launching Progress 68 into orbit.

“A perfect ascent to orbit, two days behind schedule but safe and sound nonetheless,” Navias said.

The two-day delay, however, meant that Progress 68 was unable to test a novel new flight plan that would deliver the cargo ship to the International Space Station in just 3.5 hours after two orbits of Earth. Instead, it will take a more typical two-day trip to the space station, which requires 34 orbits of Earth, due to the orbital mechanics involved to reach the station, NASA officials have said. Roscosmos can also fly Progress and Soyuz crew capsules to the station on 6-hour flights that orbit Earth four times.

Web articles – via partners/network co-ordinators. This website and its contents are the exclusive property of ANGA Media Corporation . We appreciate your feedback and respond to every request. Please fill in the form or send us email to: [email protected]
Previous: The algorithm that could end office thermostat war, finds new study
Next: NASA and Russia will cooperate to build moon’s first space station