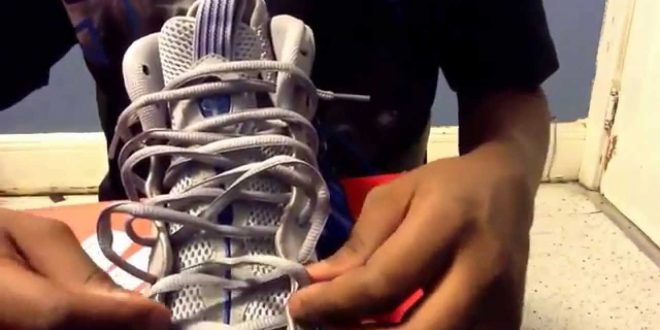 Science has finally explained why shoelaces become loose with the passage of time.

A novel study by UC Berkeley mechanical engineers shows why shoelaces get untied with duration. The study was spearheaded by a group of mechanical engineers. While nearly everybody has stopped many times to tie their shoes, no one has asked the relevant question why these pesky shoelaces become loose in the first place.

The answer, the study suggests, is that a double whammy of stomping and whipping forces acts like an invisible hand, loosening the knot and then tugging on the free ends of your laces until the whole thing unravels.

The study is more than an example of science answering a seemingly obvious question. A better understanding of knot mechanics is needed for sharper insight into how knotted structures fail under a variety of forces. Using a slow-motion camera and a series of experiments, the study shows that shoelace knot failure happens in a matter of seconds, triggered by a complex interaction of forces.

“When you talk about knotted structures, if you can start to understand the shoelace, then you can apply it to other things, like DNA or microstructures, that fail under dynamic forces,” said Christopher Daily-Diamond, study co-author and a graduate student at Berkeley. “This is the first step toward understanding why certain knots are better than others, which no one has really done.”

There are two ways to tie the common shoelace bow tie knot, and one is stronger than the other, but no one knows why. The strong version of the knot is based on a square knot: two lace crossings of opposite handedness on top of each other. The weak version is based on a false knot; the two lace crossings have the same handedness, causing the knot to twist instead of lying flat when tightened. The current study shows that both versions fail in the same way, and lays the groundwork for future investigation into why the two similar structures have different structural integrities.

“We are trying to understand knots from a mechanics perspective, such as why you can take two strands and connect them in a certain way that can be very strong, but another way of connecting them is very weak,” said Oliver O’Reilly, a Berkeley professor of mechanical engineering, whose lab conducted the research. “We were able to show that the weak knot will always fail and the strong knot will fail at a certain time scale, but we still do not understand why there’s a fundamental mechanical difference between those two knots.”

The first step was to record the process of a shoelace knot untying in slow motion. Study co-author and graduate student Christine Gregg, a runner, laced up a pair of running shoes and ran on a treadmill while her colleagues filmed her shoes.

The researchers found that a shoelace knot unties like this: When running, your foot strikes the ground at seven times the force of gravity. The knot stretches and then relaxes in response to that force. As the knot loosens, the swinging leg applies an inertial force on the free ends of the laces, which rapidly leads to a failure of the knot in as few as two strides after inertia acts on the laces.

“To untie my knots, I pull on the free end of a bow tie and it comes undone. The shoelace knot comes untied due to the same sort of motion,” said Gregg, a Berkeley Chancellor’s Fellow. “The forces that cause this are not from a person pulling on the free end, but from the inertial forces of the leg swinging back and forth while the knot is loosened from the shoe repeatedly striking the ground.”

In addition to the dynamic interaction of forces on the knot, the footage also revealed a large magnitude of acceleration at the base of the knot. To dig deeper, the researchers then used an impacting pendulum to swing a shoelace knot and test knot mechanics using a variety of different laces.

“Some laces might be better than others for tying knots, but the fundamental mechanics causing them to fail is the same, we believe,” Gregg said.

“You really need both the impulsive force at the base of the knot and you need the pulling forces of the free ends and the loops,” Daily-Diamond said. “You can’t seem to get knot failure without both.”

Of course, when a person goes walking or running, their shoelaces don’t always come untied. Tightly tied laces can require more cycles of impact and leg swinging to cause knot failure than one might experience in a day’s worth of walking or running. More research is needed to tease apart all the variables involved in the process. But the study does offers an answer to the annoying question of why your laces seem fine one minute and then come untied the next.

“The interesting thing about this mechanism is that your laces can be fine for a really long time, and it’s not until you get one little bit of motion to cause loosening that starts this avalanche effect leading to knot failure,” Gregg said.

Web articles – via partners/network co-ordinators. This website and its contents are the exclusive property of ANGA Media Corporation . We appreciate your feedback and respond to every request. Please fill in the form or send us email to: [email protected]
Previous: Video released of three youths arrested for theft at Canada’s Wonderland (Watch)
Next: Four dead, three injured in Highway 30 crash in Châteauguay