Home » Science » The last common ancestor of humans was like a gibbon, finds new research 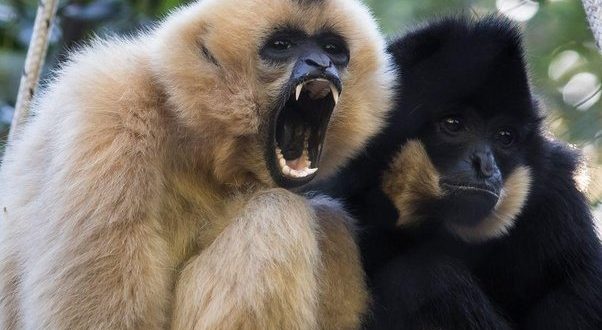 The last common ancestor of humans was like a gibbon, finds new research

Scientists have found that the last common ancestor of apes and humans was likely small, probably weighing about 12 pounds — about the size of a gibbon.

At some point in the Miocene epoch, between about 23 million and 5 million years ago, the various hominoid species emerged in all their diversity. But given the scarce fossil record, paleontologists and other researchers have not been able to determine what the last common human-ape ancestor looked like or even where it originated.

“Body size directly affects how an animal relates to its environment, and no trait has a wider range of biological implications. However, little is known about the size of the last common ancestor of humans and all living apes. This omission is startling because numerous paleobiological hypotheses depend on body size estimates at and prior to the root of our lineage,” Mark Grabowski, a visiting assistant professor at the Eberhard Karls University of Tübingen, Germany, and lead author of the study, said in a statement Thursday.

To try to get around that problem, Grabowski and the study’s co-author, William Jungers from Stony Brook University, New York, focused on the change in body mass within the branch of primate evolution. For that, they “compared body size data from modern primates, including humans, to recently published estimates for fossil hominins and a wide sample of fossil primates including Miocene apes from Africa, Europe, and Asia,” according to the statement.

As opposed to earlier suggestions of the last common ancestor being similar to modern chimpanzees in both size and appearance, the researchers determined it was instead small like a gibbon.

Their findings also suggest that this ancestor already had some ability for “supersensory locomotion” — a term for overhand hanging and swinging on trees — before becoming too large to walk easily on branches. According to the researchers’ hypothesis, both the supersensory locomotion and larger body sizes were adaptations that evolved separately, but with the common purpose of warding off the threat from a growing number of monkey species.

Another somewhat surprising finding of the research that goes against conventional wisdom is that various human species didn’t always evolve from smaller to larger. Early human relatives called australopiths were smaller on average than their predecessors, and early humans continued to remain small till the arrival of Homo erectus, the study found.

“There appears to be a decrease in overall body size within our lineage, rather than size simply staying the same or getting bigger with time, which goes against how we generally think about evolution, Gabrowski said.

Web articles – via partners/network co-ordinators. This website and its contents are the exclusive property of ANGA Media Corporation . We appreciate your feedback and respond to every request. Please fill in the form or send us email to: [email protected]
Previous: Women with heart disease less likely to reach treatment targets than men
Next: Lindsey Hubley: Mother sues hospital, she lost all her limbs after delivery