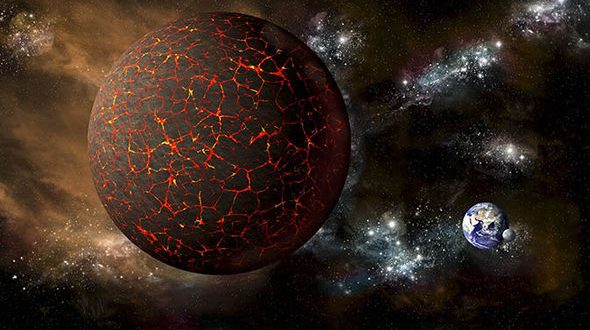 A Mythical planetary system will soon be as clear and visible to us as the moon, according to an astronomer.

Gill Broussard claimed amateur astronomers would soon lock onto the existence of the legendary Planet X or Nibiru system, before a global cover up to deny its existence is exposed.

Nibiru is a fabled alien world that is apparently hurtling through space towards Earth.

Conspiracists have repeatedly come up with theories about when the giant planet will either smash into us or make a catastrophic near-miss.

Most recently, the apocalypse was predicted to occur on October 15 – a date that ended up passing by uneventfully.

Speaking about the so-called cataclysm, Broussard said that despite being sent thousands of images Nibiru sightings, he has not yet seen a genuine photo of the planet.

“We will recognise it as a brand new planet, it will be as real as such once you see it.

“You will see everything and it will be seen around the world, not just by someone in their backyard.”

One of the most well-known Nibiru conspiracists is author David Meade, who has written book “Planet X – the 2017 Arrival”.

He believes the gravitational pull from the alien world will whip up giant tsunamis and massive earthquakes capable of destroying whole countries.

The Nibiru myth was born in 1976, when writer Zecharia Sitchin claimed that two ancient Middle Eastern cultures – the Babylonians and Sumerians – told of a giant planet – Nibiru – that orbited the Sun every 3,600 years.

Fortunately, NASA insists that believers like Mr Broussard are completely wrong, and the Nibiru myth is an internet hoax.

Web articles – via partners/network co-ordinators. This website and its contents are the exclusive property of ANGA Media Corporation . We appreciate your feedback and respond to every request. Please fill in the form or send us email to: [email protected]
Previous: Ovarian cancer starts 6.5 years before it turns deadly, Says New Study
Next: Scientists conclude Arctic sea ice vanishing more quickly than thought