Home » Science » Orionid meteor shower visible this weekend, here’s where you can watch it 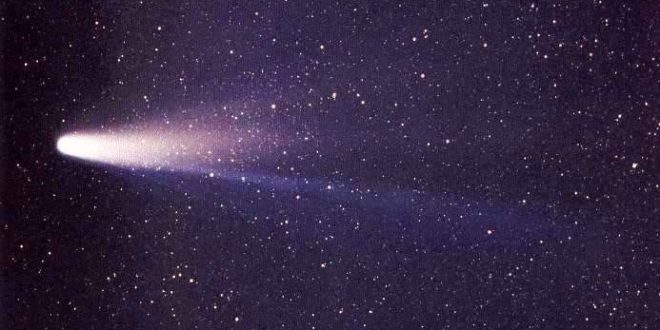 Orionid meteor shower visible this weekend, here's where you can watch it

Orionid meteor shower visible this weekend, here’s where you can watch it

The Orionid meteor shower will light up the night sky tonight and tomorrow night as Earth travels through an area of space littered with debris from Halley’s Comet, according to NASA.

On a dark and moonless night, the Orionids produce as many as 10 to 20 bursts every hour.

Thankfully this year’s lack of a full moon should keep the skies clear of any interfering light that might obscure the view.

Where to see the Orionids meteor shower?

The good news is that the Orionids are visible from anywhere on the planet as they dash across the sky.

According to Nasa, the meteor shower will burst out from their radiant point of origin near their namesake constellation – Orion.

“Look near Orion’s club in the hours before dawn and you may see up to 10 to 15 meteors per hour.”

The best way to spot Orion is to train your eyes on the southwest sky and search for three bright stars in an almost straight line – Orion’s belt.

Thereafter you will need too look up for Orion’s club if you live in the northern hemisphere, or look down if you live below the equator.

The best time to head out for the shower is after sundown, in the early morning hours of Saturday.

Keep in mind that when the Orionids leave their radiant point they will not be very visible until about 30 degrees.

The meteors will also burst out in all sorts of directions across the sky, so your safest bet is to simply lay back and patiently watch the dark night.

What are the Orionid meteors?

The dazzling meteors are in fact remnants of the famous Halley’s Comet, which passes Earth every 74 to 79 years.

When then giant comet orbits the sun, bits and pieces of ice and rock break off from it and burn up every year in Earth’s atmosphere.

This cosmic debris enters the atmosphere at incredible speeds of about 96km/s, leaving ionised trails of glowing gas in their path. Thankfully the fragments disintegrated into thin air before they reach the ground.

Then Orionids were first officially recorded in 1839 in America.

Halley’s Comet itself is expected to next visit Earth on July 28 2061.

Web articles – via partners/network co-ordinators. This website and its contents are the exclusive property of ANGA Media Corporation . We appreciate your feedback and respond to every request. Please fill in the form or send us email to: [email protected]
Previous: Three Fernie Memorial Arena ammonia leak victims identified
Next: Baby Who Is Deaf Has Incredible Reaction to Hearing Her Mom (Video)