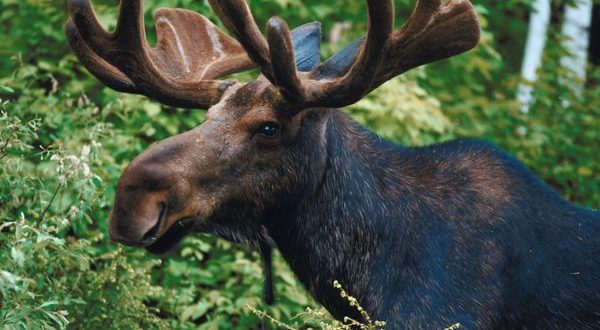 Ontario Liberals should do more to protect species, Report

Ontario Liberals should do more to protect species, Report

The Environmental Commissioner of Ontario released her annual report on the state of the environment in the province, and government ministries are not getting top marks for their efforts.

In her first annual Environmental Protection Report, Small Steps Forward, released today, Saxe called upon the government to put words into action to monitor biodiversity, combat wildlife declines, control invasive species, and follow through on better forest fire management. “The government often talks the talk when it comes to conserving Ontario’s biodiversity, but that’s not enough -” they need to walk the walk,” says Saxe. Volume One of the report details last year’s impressive progress in government compliance with the Environmental Bill of Rights (EBR). Volume Two reports on the Ministry of Natural Resources and Forestry’s gaps in conserving Ontario’s biodiversity.

The large-scale loss of biodiversity is a crisis in our province and around the world. This report highlights three examples of current wildlife declines in Ontario:

• The populations of 8 of our 27 amphibian species are at risk of being lost from the province;
• Moose populations have dropped by about 20 per cent over the past 10 years; and
• Populations of 4 of our 8 bat species are in steep decline and are now endangered as the result of  “white nose syndrome,” an aggressive fungal disease.

Invasive species are one of the biggest threats to biodiversity globally. Species like Asian carp, emerald ash borer, zebra mussels, and even feral wild pigs can disrupt or even destroy entire ecosystems. The impacts of invasive species cost Ontario millions of dollars a year. For example, the impact of zebra mussels alone is estimated to be over $75 million annually; zebra mussels are a significant problem for some water treatment plants and power generating stations on the Great Lakes as they clog water intake pipes.

Last year, Ontario passed the new Invasive Species Act, 2015. “The government deserves high marks for passing a new law to combat invasive species,” reported Commissioner Saxe. “But will it work? Most of the hard front-line work is still left to municipalities, conservation authorities and private landowners. They can’t do it all without provincial guidance, help, co-ordination or funding.”

Lack of monitoring is another critical gap. “We know that our native species of wildlife are in trouble, but without a broad-scale biodiversity monitoring program, we’re running blind,” says Saxe, “You can’t manage what you don’t measure, and for many species the government simply isn’t keeping track.”

Fire in Ontario’s boreal forest is essential to maintain the ecology of this globally significant ecosystem, which covers half the province. Forest fires create a mosaic of different tree ages and species, which are essential for wildlife and for forest renewal. “In the 20th century, forest fires were almost always suppressed. This is bad for the forest ecosystem, and paradoxically creates conditions for catastrophic fires by increasing fuel loads,” explains Saxe. “I want to congratulate the Ministry of Natural Resources and Forestry for its new policy that could allow more fire in our northern forests. The ministry now needs to actually let such fires burn when and where they are appropriate. This may mean sometimes sacrificing some merchantable timber that was planned to be harvested decades from now. The long-term health of the forest and its wildlife must have a higher priority, especially now that the boreal forest is so threatened by climate change.”

Small Steps Forward also includes a review of government compliance with the Environmental Bill of Rights (EBR). This part of the report highlights several practical successes that Commissioner Saxe has achieved in EBR compliance over the past year, such as improving the quality of information on the Environmental Registry. Small Steps Forward also places a renewed focus on citizen applications using their environmental rights. “It was important to me, as Commissioner, to profile the efforts of people across Ontario to hold government accountable and better protect our common environment,” explains Saxe.

Web articles – via partners/network co-ordinators. This website and its contents are the exclusive property of ANGA Media Corporation . We appreciate your feedback and respond to every request. Please fill in the form or send us email to: [email protected]
Previous: Eric Dossantos Defies Death After 90 MPH Wingsuit Crash (Video)
Next: One dog killed, one injured in beating in Minnedosa