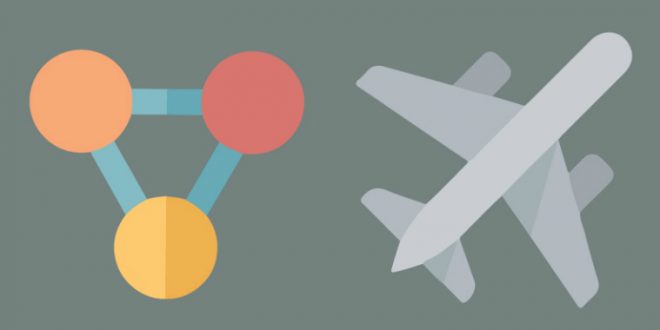 University of Michigan researchers have developed a new laser-based spectroscopic method for identifying potentially dangerous gasses. The method, which relies on the combination of two spectroscopic techniques, could be used to more quickly and accurately identify explosives and other dangerous substances.

This method could be used in systems placed in airports, for the environmental monitoring of pollutants or even in battlefields, said author Steven Cundiff, physics professor in the College of Literature, Science, and the Arts. The study, conducted by physics research fellow Bachana Lomsadze, publishes today in Science.

Lomsadze and Cundiff’s method combines two techniques that speed up laser-based detection of chemicals while doing so accurately. The first technique is based on the same idea as nuclear magnetic resonance spectroscopy, which uses radio frequencies to identify the structure of molecules. Here, the researchers use a method called multi-dimensional coherent spectroscopy, or MDCS. MDCS uses ultrashort laser pulses to read types of gases like a bar code. When the scientists bounce the laser pulses through the mixture of gases, those pulses can “read” the specific wavelengths of light—or color—that specific gases absorb.

“If you have light going through the gas, and, for example, you use a prism to separate white light into colored light, in the rainbow spectrum you’d see there’d be black stripes,” Cundiff said. “Where the black stripes are almost gives you a barcode that tells you what kind of molecule is in the sample.”

Scientists have been working on similar, simpler methods. Many important molecules have a very rich spectra for certain colors of light—although the “colors” may actually be in the infrared, so not visible the human eye—which makes them easily identifiable. But this becomes difficult when scientists try to identify gases in a mixture. Previously, scientists relied on comparing what they measured against a catalogue of molecules, a process that requires high performance computers and a significant amount of time.

“It’s like trying to look at three people’s fingerprints on top of each other. This is a stumbling block for using these methods in a real-world situation,” Cundiff said. “Our method takes about 15 minutes to a few hours using traditional approaches to MDCS.”

To speed up the process while preserving its accuracy, the U-M researchers combined MDCS with another method called dual comb spectroscopy.

Frequency combs are laser sources that generate spectra consisting of equally spaced sharp lines that are used as rulers to measure the spectral features of atoms and molecules with extremely high precision. In spectroscopy, using two frequency combs, known as dual comb spectroscopy, provides an elegant way to rapidly acquire a high resolution spectrum without mechanical moving elements such as a “corner cube,” which is three mirrors arranged to make one corner, used to reflect a laser beam directly back on itself. This element usually limits how long it takes for the researchers to measure a spectrum.

“This approach could allow the method of multidimensional coherent spectroscopy to escape the lab and be used for practical applications such as detecting explosives or monitoring atmospheric constituents,” Cundiff said.

Lomsadze and Cundiff applied their method to a vapor of rubidium atoms that contained two rubidium isotopes. The frequency difference between absorption lines for the two isotopes is too small to be observed using traditional approaches to MDCS, but by using combs, Lomsadze and Cundiff were able to resolve these lines and assign the spectra of the isotopes based on how the energy levels were coupled to each other. Their method is general and can be used to identify chemicals in a mixture without previously knowing the makeup of the mixture.

Next, the scientists plan to add a third laser that could even greater speed up their ability to identify gases. They also plan to use lasers based on fiber optics so that they can look further into infrared light, which would expand the number of chemicals they would be able to identify.

Web articles – via partners/network co-ordinators. This website and its contents are the exclusive property of ANGA Media Corporation . We appreciate your feedback and respond to every request. Please fill in the form or send us email to: [email protected]
Previous: Research Finds Donepezil Best Alzheimer’s Drug for Improving Cognition
Next: Two Canadians among 58 killed in Las Vegas mass shooting