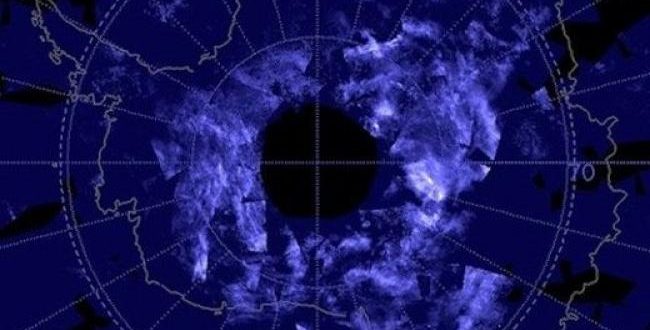 The blue clouds or also known as noctilucent clouds are seen hovering over the Antarctic earlier than usual. This “night-shining” clouds appear yearly over the frozen continent in late November or early December.

According to a press release by the agency, “Data from NASA’s Aeronomy of Ice in the Mesosphere, or AIM, spacecraft shows the sky over Antarctica is glowing electric blue due to the start of noctilucent, or night-shining, cloud season in the Southern Hemisphere – and an early one at that.”

As to what these clouds are, NASA explains, “Noctilucent clouds are Earth’s highest clouds, sandwiched between Earth and space 50 miles above the ground in a layer of the atmosphere called the mesosphere. Seeded by fine debris from disintegrating meteors, these clouds of ice crystals glow a bright, shocking blue when they reflect sunlight.”

Noctilucent clouds or NLCs have been appearing at more southerly latitudes, with sightings as far down as Northern California.

Computer models suggest that as greenhouses gasses warm the lower levels in the atmosphere, the upper layers cool. That scenario is conducive to these high clouds forming.

NASA further notes, “This year, AIM saw the start of noctilucent cloud season on Nov. 17, 2016 – tying with the earliest start yet in the AIM record of the Southern Hemisphere.”

Antarctica is glowing electric blue due to the start of noctilucent, or night-shining, cloud season: https://t.co/Lbdi2dQlr6 @NASAEarth pic.twitter.com/uwsN10grKp

Web articles – via partners/network co-ordinators. This website and its contents are the exclusive property of ANGA Media Corporation . We appreciate your feedback and respond to every request. Please fill in the form or send us email to: [email protected]
Previous: Mummified Lithuanian child reveals ancient history of smallpox, Says New Study
Next: Vernon man dies in accident