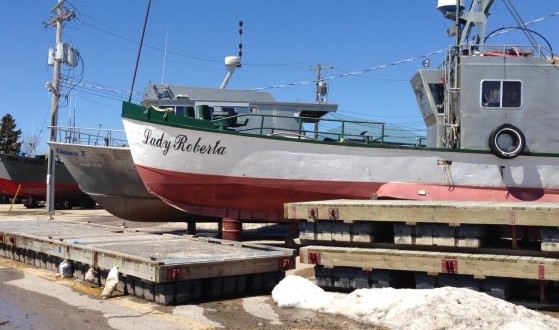 The Manitoba government plans to close four major harbours on Lake Winnipeg in an attempt to eradicate invasive zebra mussels, and one scientist thinks someone has “fouled up.”

Department of Fisheries and Oceans has worked closely with the province since then in determining a strategy to control zebra mussel populations.

Zebra mussels were identified in Lake Winnipeg in the late fall after someone notified the province. The province called on experts to advise on how to can contain the threat, Mackintosh said. The province monitored the situation, which lead to the targeting of the four harbours.

“The density of the zebra mussels so far identified are relatively low and its for that reason why we were told the time for action is now,” Mackintosh said. “It all depends on water temperature for effective treatment.”

The potash will kill zebra mussels at any temperature but takes longer when the water temperature is colder. The province has been told at 10 C it can take seven to 10 days to kill the zebra mussels while at 15 C the time could be less than five days.

“The science advisory committee containing experts from both within and outside Manitoba have recommended that treatment of potash that was found to be effective in an experiment in the United States may be the only way to reduce the risk of complete infestation of Lake Winnipeg by zebra mussels,” Mackintosh said.

The plan to use potash still needs approval from the province and the federal government, which is expected shortly, but Mackintosh said he is meeting with stakeholders now to discuss the situation and find ways to minimize the inconvenience. He said the operation will cost $500,000.

“The fishing economy on the lake is at risk here and that’s why this investment has to be made,” Mackintosh said. “At the same time we want to ensure the inconvenience is minimized in the short term but inconvenience in the long term would be overwhelming if no action is taken according to the science advise we’ve received.”

Web articles – via partners/network co-ordinators. This website and its contents are the exclusive property of ANGA Media Corporation . We appreciate your feedback and respond to every request. Please fill in the form or send us email to: [email protected]
Previous: Canada : List of missing, killed aboriginal women involves 1200 cases
Next: No benefits to helmet therapy for positional skull deformation, Study