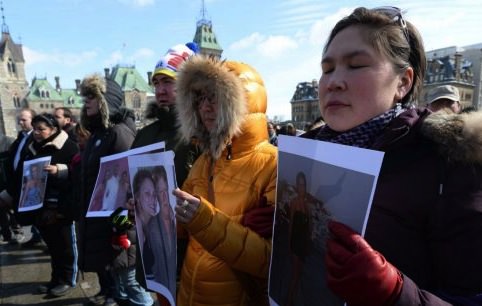 RCMP have uncovered 1,186 cases of missing or murdered aboriginal girls and women over the past 30 years in Canada, the highest estimate to date, reports the Aboriginal Peoples Television Network.

RCMP commissioner Bob Paulson revealed the numbers after an anonymous source told APTN the number was over 1,000.

The source also said the federal government has delayed the report’s release. Paulson promised it would be made public within a month.

“The RCMP is currently completing a national operational review to gain the most accurate account to date of missing and murdered aboriginal women in Canada,” Sergeant Greg Cox said in an email to AFP.

“This initiative will help the RCMP and its partners identify the risk and vulnerability factors associated with missing and murdered aboriginal women to guide us in the development of future prevention, intervention and enforcement policies and initiatives with the intent of reducing violence against aboriginal women and girls.”

Aboriginal groups have called on the Canadian government to hold a public inquiry into the murdered and missing women.

Web articles – via partners/network co-ordinators. This website and its contents are the exclusive property of ANGA Media Corporation . We appreciate your feedback and respond to every request. Please fill in the form or send us email to: [email protected]
Previous: Chronic marital stress may lead to happiness handicap, U.S. study says
Next: Manitoba : Province plots attack on zebra mussels