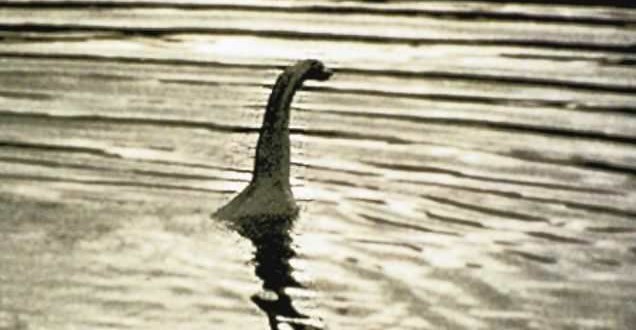 Reports are coming in that Scotland’s beloved Loch Ness monster may be dead.
For the first time in almost 90 years no ‘confirmed sightings’ have been made of the Serpentine Scottish beast.

Veteran Nessie spotter Gary Campbell, who keeps a register of sightings, said no one had come forward in 18 months to say they had seen the monster.

“It’s very upsetting news, and we don’t know where she’s gone,” Gary Campbell said. “The number of sightings has been reducing since the turn of the century, but this is the first time in almost 90 years that Nessie wasn’t seen at all.”

Campbell, who is an accountant by trade, says he spotted Nessie 17 years ago. Since then, he has kept a detailed record of those who have shared a similar experience – both past and present. His log book, which goes back 1,500 years, includes the Irish missionary St. Columba, who reportedly saw the legendary creature in 565 AD.

While some media outlets have implied Nessie is dead, Campbell still has hope. “I’m convinced that Nessie has just taken some time out and will be back with a vengeance this year,” he said.

In the 1930s, a London man, George Spicer, and his wife saw a dragon-like creature in Loch Ness while on a motorboat. In 2011, a local shop owner, Jan Hargreaves and her husband Simon, said they saw Nessie on the loch.

“We stand here all the time and look out and see boats and kayaks, but it didn’t look like anything we have seen here before,” Hargreaves said describing a reptile with a long neck and black in appearance. “It was around for a good four to five minutes. It was just so strange.”

Last August, amateur photographer David Elder snapped a photo of an unusual wave in the loch in the Scottish Highlands. The sighting, which looked like a ripple coming off a wave, had some believing it was Nessie.

“Out of the corner of my right eye I caught site of a black area of water about 15 feet long which developed into a kind of bow wave,” Elder told The Mirror. “”I’m convinced this was caused by a solid black object under the water. The water was very still at the time and there were no ripples coming off the wave and no other activity on the water.”

While Nessie by definition is believed to reside in the 23-mile long Loch Ness, unconfirmed sightings of similar creatures have been reported as far away as Australia.

“The head was approximately a meter and a half out of the water and it was bobbing up and down. I would estimate it was about four meters long,” David Herron told Australia’s Sunrise breakfast TV show about the mysterious dragon-like object he photographed in the water. “I’ve never seen anything like it—it could be anything. We are all wanting to know what it is.”

Web articles – via partners/network co-ordinators. This website and its contents are the exclusive property of ANGA Media Corporation . We appreciate your feedback and respond to every request. Please fill in the form or send us email to: [email protected]
Previous: Singer Mariah Carey selling home for $12.99 M
Next: VALENTINE’S Day : 25 most romantic movie couples of all time