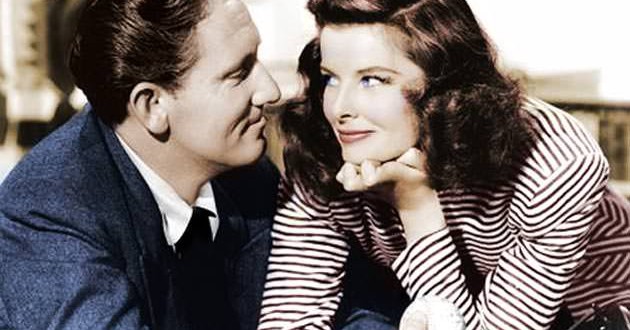 25 most romantic movie couples of all time

VALENTINE’S Day : 25 most romantic movie couples of all time

Spring isn’t in the air just yet, but we don’t need an excuse to get our hearts pumping. Here are TONY’s 25 favorite romantic movies—not, mind you, our favorite sex romps (though expect plenty of sizzle), nor our favorite romantic odes to Chinatown or the Old West or whatever. We’re talking love love love: the kind of movie that starts up the waterworks and makes you believe again. Naturally, being Time Out Film geeks, we’ve included some off-the-beaten-path choices you might not have seen. But please don’t break up with us if we’ve left out your favorite. Instead, write us a mash note in the comments below.

Certified Copy (2010)
Yes, the movie came out just a month ago, but we’re in the presence of greatness. A sun-dappled Tuscan village is the dreamy setting for Abbas Kiarostami’s profound and playful conversation piece. What begins as an intellectual game—two strangers pretending to be married—transforms into emotional territory that leaves you breathless.—Keith Uhlich

Happy Together (1997)
It’s obvious that Tony Leung and Leslie Cheung’s relationship is on the skids, and that tooling through Argentina isn’t going to fix a thing. But Wong Kar-wai’s melancholic gay drama turns the duo’s disintegration into one sad, sexy long goodbye. That peppy title pop song never sounded so perversely ironic.—David Fear

Voyage in Italy (1954)
Roberto Rossellini’s heartbreaker follows an unhappily married European couple (Ingrid Bergman and George Sanders) as they visit Naples on family business. Emotions run high and quarrels are constant. Yet the breathtaking Italian landscapes act as a kind of cosmic counterpoint—perhaps their union is more solid than they realize.—Keith Uhlich

Ninotchka (1939)
“Garbo laughs!” promised posters for this immortal romantic comedy (a tagline riffing on the famous one for her first talkie, Anna Christie: “Garbo speaks!”). But the studio heads might just as well have declared “Garbo melts!”—as in, thaws into a human being. Playing this film’s Soviet diplomat warming to Paris and Melvyn Douglas, she’s a bonfire.—Joshua Rothkopf

Sideways (2004)
Love is often about second chances: Alexander Payne’s middle-age comedy has a beauty of a flirtation in Paul Giamatti’s courtship of the never-so-radiant Virginia Madsen. But isn’t the movie bromantic, too? An egocentric Thomas Haden Church, proud yet wounded, nearly steals the show.—Joshua Rothkopf

Bull Durham (1988)
Has any film made baseball, the men who play it and the females who go gaga for over them seem so incredibly sexy? Love of the game is catcher Kevin Costner and supergroupie Susan Sarandon’s foreplay—and once this couple takes things to third base and beyond, you may want to stand back from the heat.—David Fear

Wild at Heart (1990)
David Lynch brings his surreal worldview to this beautifully bizarre romance-noir. Sailor (Nicolas Cage) and Lula (Laura Dern) are lovers on the lam from a crazy mom and a bevy of baddies. There’s plenty of hot sex, but nothing turns on the gush quite like Sailor’s “Love Me” serenade. Elvis would be proud.—Keith Uhlich

Titanic (1997)
A boy, a girl, a boat: James Cameron’s historical epic—in which upper-crust Kate Winslet is romanced by steerage-class Leo DiCaprio on the unsinkable ship—made audiences worldwide weak in the knees. Unabashedly corny (oh, that nude drawing scene), yet continually thrilling, our hearts will go on for this one.—Keith Uhlich

Eternal Sunshine of the Spotless Mind (2004)
Nostalgia is one thing; rarer are the films that attend to the art of forgetting. And yet, how crucial it is when the past is painful. Charlie Kaufman’s script addressed these ideas in the context of a comedy (an amazing feat), while Hollywood stars Jim Carrey and Kate Winslet rose to the occasion.—Joshua Rothkopf

Groundhog Day (1993)
The movie’s brilliant gag—a glib weatherman (Bill Murray) is doomed to repeat the same 24 hours ad infinitum—positions Harold Ramis’s comedy at a philosophical height unheard-of for Hollywood. But remember, it’s love that saves the day. Ultimately, this is a film about opening your heart to the here and now.—Joshua Rothkopf

King Kong (1933)
Much more than a mere monster movie, this majestic love story spans continents and species. At its core is a psychosexual nightmare: A woman draped in next to nothing (the legendary Fay Wray) is dangled hundreds of feet above the pavement by a simian beast who will destroy anything to possess her.—Joshua Rothkopf

The Last of the Mohicans (1992)
Sparks fly the second adopted Mohican Hawkeye (Daniel Day-Lewis) and general’s daughter Cora (Madeleine Stowe) cross paths in Michael Mann’s thrilling frontier epic. The giddy moments are plentiful, from the duo’s sunrise make-out session to their iconic waterfall parting (“I will find you!”). Couldn’t history class have been this sensual?—Keith Uhlich

Brokeback Mountain (2005)
It will survive the parodies, the controversies, even its tag as the “gay cowboy movie.” The plot (from Annie Proulx’s short story) packs the wallop of high tragedy. But go back to the film now, and the mere sight of Heath Ledger could slay you on its own. This is the late actor’s triumph, revealing untapped depths in his taciturn portrayal of Ennis Del Mar, a quiet ranch hand who is lured to rodeo “fuckup” Jack Twist (Jake Gyllenhaal). Director Ang Lee found empathy on the Wyoming range; multiplex audiences felt it too, however unlikely. A tender, majestic score by guitarist Gustavo Santaolalla completed the quietly daring film, a landmark of gay subject matter positioned in the mainstream.—Joshua Rothkopf

Web articles – via partners/network co-ordinators. This website and its contents are the exclusive property of ANGA Media Corporation . We appreciate your feedback and respond to every request. Please fill in the form or send us email to: [email protected]
Previous: Loch Ness Monster is dead, locals fear : Report (Video)
Next: Kara Keough : Housewives Star, Marries NFL Player Kyle Bosworth