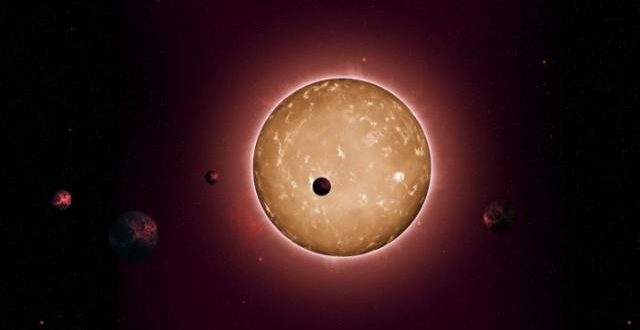 A scientific study published Wednesday concluded that global warming on other planets has made billions of planets unable to host life, making it a lot harder to find aliens.

According to Space, a new study indicates several exoplanets similar to Earth that orbit red dwarf stars in the “Goldilocks Zone,” aka the right distance away to potentially allow for liquid water to exist, could actually be hotter than first suspected.

It boils down to the fact that red dwarf stars are actually smaller and dimmer than the sun in our solar system, but a lot of those Earth-like planets seem to be born with hydrogen-helium atmospheres — which would trap a ton of that heat and basically cook the planet. The study posits those planets have approximately 1 percent hydrogen-helium atmospheres mass, compared to just one-millionth of Earth’s mass. One percent may not sound like much, but in this case, it’s the difference between living in the tropics and living in a hellscape.

“It was previously assumed that planets with masses similar to Earth would be habitable simply because they were in the habitable zone,” study lead author James Owen, of the Institute for Advanced Study in Princeton, New Jersey, said in a statement. “However, when you consider how these planets evolve over billions of years, this assumption turns out not to be true.”

Researchers originally thought those heat-holding atmospheres would dissipate over time, but it turns out that planets comparable to Earth have enough gravity to keep those atmospheres in place — meaning the planets remain too hot for life to exist. To that end, smaller planets (i.e. Mars-like) could be just the right size to shed their hot atmospheres, then level out at temperatures that could allow for liquid water to form.

So there’s still hope we can find our perfect sister Earth out there — it just might not have as much real estate as expected.

Web articles – via partners/network co-ordinators. This website and its contents are the exclusive property of ANGA Media Corporation . We appreciate your feedback and respond to every request. Please fill in the form or send us email to: [email protected]
Previous: Microsoft to block simple passwords
Next: Netflix’s ‘The Little Prince’ gets release date, watch the new trailer now!