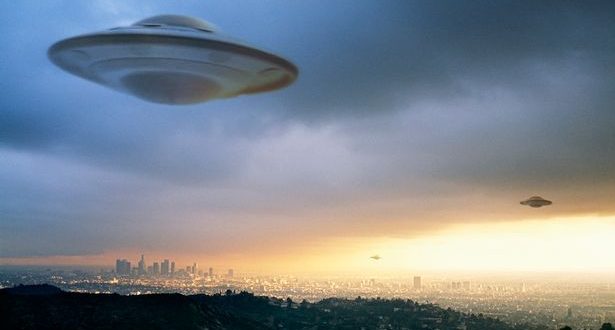 A FORMER NASA engineer has spoken publicly for the first time about some of the world’s most baffling UFO cases and conspiracy theories.

For decades, conspiracy theorists have claimed that alien life has been visiting the Earth and you only need to take brief look on YouTube to see the ‘proof’.

There are literally thousands of videos showing strange lights and shapes moving through the darkness of space.

However, there may be a simpler explanation for the other worldly lights that appear in the night sky, or at least that’s the claim of one ex-NASA Employee.

Former NASA Mission Control staffer James Oberg has revealed that most ‘UFO’ sightings are in fact our senses, which have developed for use on Earth, compensating for something they don’t really understand.

Oberg went on to add that ‘unexplained lights’ near space vehicles are often just tiny bits of debris, known as ‘space dandruff’, travelling at incredible speeds.

Our sensory system is functioning absolutely perfectly for Earth conditions. But we’re still a local civilization. Moving beyond our neighborhood has been visually confusing.

I’ve had enough experience with real spaceflight to realise that what’s being seen in many videos is nothing beyond the ‘norm’ from fully mundane phenomena occurring in unearthly settings.

For example, back in November 2015, Californians were left astounded and frightened when a huge plume of blue light burnt through the night’s sky. To all who saw it, the mysterious light looked like proof of alien life – despite the military explaining it was a missile.

However, Oberg explains that there’s a far more reasonable explanation for the light looking so alien.

There were thousands of people who were absolutely processing their visual stimuli correctly if it was a mile away or 10 miles away. But it was 300 miles away, up in space and sunlit, which never occurred to them, because this is not something within the normal range of human experience.

Even the bizarre footage of what appears to show UFOs ‘following’ spacecraft has a much more mundane explanation as well.

Oberg explained that these strange sparkles are actually ‘space dandruff’ caught in the pull of the craft.

The first principle of space travel is that objects coming off a vehicle tend to fly along with it. They appear to move in straight lines unless they encounter some force, such as the atmosphere or an exhaust plume from a rocket thruster.

So there we have it – apparently, the proof of aliens is nothing but the cosmic equivalent of a dry scalp. But that’s exactly what the vague but menacing government agency behind suppressing knowledge of aliens would want you to think. Isn’t it?

Web articles – via partners/network co-ordinators. This website and its contents are the exclusive property of ANGA Media Corporation . We appreciate your feedback and respond to every request. Please fill in the form or send us email to: [email protected]
Previous: NASA ‘oil painting’ image reveals a massive raging storm on Jupiter (Photo)
Next: Ashley Graham throws shade at Victoria’s Secret Angels by getting her own wings