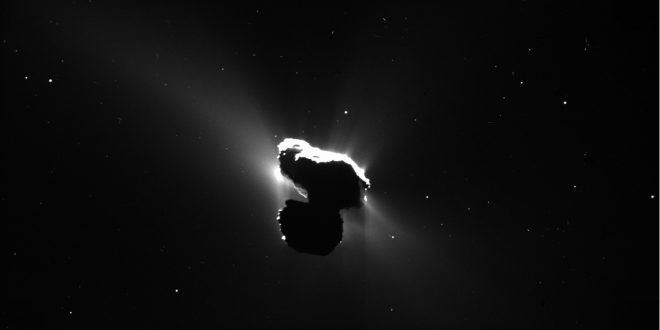 Rosetta has finally ended its dance around Comet 67P. After more than ten years spent on its mission.

The spacecraft had been chasing the comet and travelled 6 billion kilometers. In 2014, it approached the space body and sent down a probe “Philae” to successfully land on the comet for the first time in human history. Unfortunately, scientists lost connection to it just three days later.

The comet was discovered by Ukrainian astronomer Klim Churyumov back in 1969. Later, he took part in designing the mission and studying the comet. The most important outcome of “Rosetta” is refuting the hypothesis that comets brought water to Earth.

After “Rosetta” the comet flew half a billion kilometers away from the Sun, and the researchers had to stop the mission. Astronomers decided to “drop” the spacecraft on the comet’s surface. The last photo they received was made 10 seconds before contact. At 2 p.m Kyiv time, September 30, the signal with the spacecraft halted.

Web articles – via partners/network co-ordinators. This website and its contents are the exclusive property of ANGA Media Corporation . We appreciate your feedback and respond to every request. Please fill in the form or send us email to: [email protected]
Previous: Long weekend means blood donors needed (Canadian Blood Services)
Next: ‘Killer clowns’ come to Canada, Report