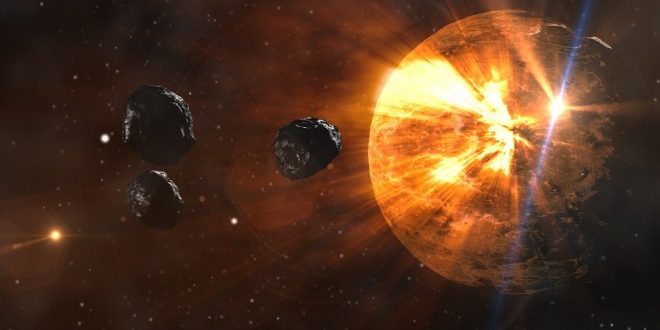 Doomsdayer claims "end of world" has been revised to October 15

Doomsdayer claims “end of world” has been revised to October 15

Christian numerologist David Meade, who has been talking about doomsday, said the seven-year Tribulation period will begin on October 15.

He predicts seven years of earthquakes, hurricanes and tsunamis will devastate the planet.

One again Meade believes this seven years of damnation will be triggered by the mysterious Planet X, or Nibiru – a hidden planet that will move past Earth, starting the chaos.

Meade previously said Nibiru would hit into Earth on September 23, destroying the planet.

It should be pointed out that Nasa have confirmed that they are not aware of any ‘hidden planet’ on a collision course with Earth.

Obviously Meade’s predictions have been given some credence (for some people) following the devastating hurricanes that have battered the Caribbean and America recently, as well as the horrific earthquake that killed more than 230 people in Mexico on 19 September. Made also said the seven years of chaos will include ‘nuclear exchanges between the US, Britain and our enemies – Russia, China, Iran and North Korea’.

His previous prediction didn’t come to fruition, but maybe Meade has finally got his maths correct and we will actually see the start of Armageddon on October 15. Who knows?

Web articles – via partners/network co-ordinators. This website and its contents are the exclusive property of ANGA Media Corporation . We appreciate your feedback and respond to every request. Please fill in the form or send us email to: [email protected]
Previous: UK company launches first extra-terrestrial funerals
Next: New research finds increased risk of obesity in working night shifts