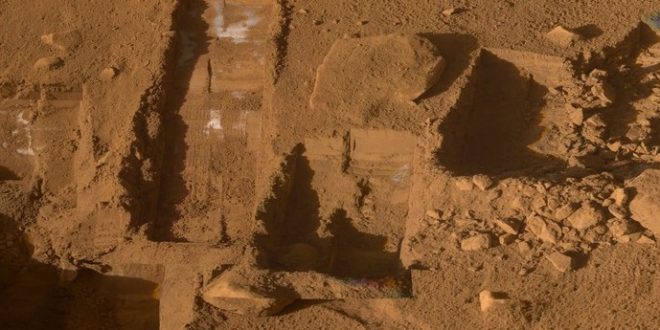 A laser altimeter from the Canadian Space Agency (CSA) has been launched on board of NASA’s OSIRIS-REx (Origins, Spectral Interpretation, Resource Identification, Security-Regolith Explorer) spacecraft, en route to the Bennu asteroid.

OLA, which was built for CSA by MacDonald, Dettwiler and Associated Ltd and Optech, is the most sophisticated lidar (light detection and ranging) system ever launched to an asteroid, Photonics reports. It contains about 4,000 mechanical parts and 3,000 electrical parts, but using less power than a 75-W light bulb.

Upon arriving at the asteroid, the instrument is tasked to create 3D maps of the asteroid, particularly at the touchdown site where the sample will be collected. The lidar system will provide mission astronomers with critical data about Bennu’s topography, shape, surface processes and evolution. The map will also help scientists maneuver the spacecraft around the asteroid. In return, Canada will own 4 percent of the returned asteroid sample, which will be curated and studied.

In 2008, a Canadian lidar instrument had helped NASA’s Phoenix lander track the movement of dust particles in Mars’ atmosphere. According to a report from Seeker, CSA had a budget of only $334 million (CDN 432 million), about less than half the cost of the OSIRIS-REx mission.

NASA’s OSIRIS-REx is considered one of the most ambitious sampling missions since Apollo. The spacecraft launched from Cape Canaveral Air Force Station on Sept. 8 on board the Atlas V rocket from United Launch Alliance. It will intercept the asteroid Bennu to collect samples to bring back to Earth by 2023. It will take OSIRIS-REx two years to reach Bennu, and the actual sampling will happen in 2020 after successfully picking out the perfect collection site.

Web articles – via partners/network co-ordinators. This website and its contents are the exclusive property of ANGA Media Corporation . We appreciate your feedback and respond to every request. Please fill in the form or send us email to: [email protected]
Previous: New genus and new species of freshwater crab from southern China (Photo)
Next: Singer Janet Jackson’s pregnancy at risk for serious complications