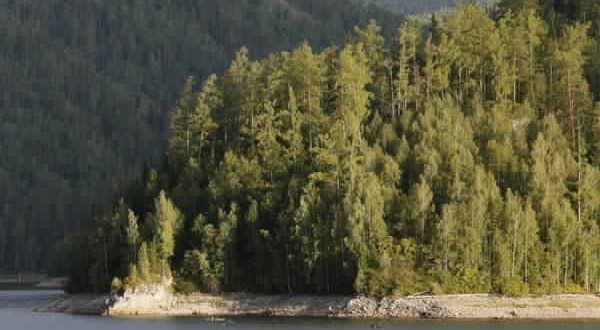 The loss of forest mostly calls to mind the clearing of precious rainforests, but a less tropical type of forest is also under threat. New research suggests boreal forests will require much stronger protections if they are to survive global warming.

Management of boreal forests needs greater attention from international policy, argued forestry experts from IIASA, Natural Resources Canada, and the University of Helsinki in Finland in a new article published this week in the journal Science. The article, which reviews recent research in the field, is part of a special issue on forests released in advance of the World Forestry Congress in September.

“Boreal forests have the potential to hit a tipping point this century,” says IIASA Ecosystems Services and Management Program researcher Anatoly Shvidenko. “It is urgent that we place more focus on climate mitigation and adaptation with respect to these forests, and also take a more integrated and balanced view of forests around the world.”

Boreal forests, which sprawl across the northernmost regions of Canada, Russia, Alaska, and Scandinavia, make up about 30% of total forest area on the planet. They play a vital role in the Earth’s climate system by sequestering carbon dioxide from the atmosphere. They are home to a plethora of plants and animals. And they provide resources including substantial amounts of wood for lumber and biofuel production, as well as economic and resource opportunities for local and indigenous people.

At the same time, boreal forests are one of the ecosystems most affected by climate change, with temperatures in the arctic and boreal domains recently warming at rates as high as 0.5°C per decade, and potential future warming of 6 to 11°C over vast northern regions by 2100, according to the IPCC’s most pessimistic scenario, RCP 8.5.

Studies have shown that climate zones in boreal forests are moving northwards ten times faster than the trees’ ability to migrate. Warmer and drier conditions and enhanced variability of climate may have already contributed to increased extent of wildfires, and the spread of outbreaks of dangerous insects. Thawing permafrost poses threats to the hydrological system at the continental scale, as well as the potential of releasing huge amounts of CO2 and methane. Locally, increasing non-forestry industrial development, accompanied by air pollution, soil and water contamination, might reinforce the negative impacts of climate change. Overall, these factors mean that huge areas of boreal forest will be at high risk of impoverishment or change to grassland or shrubland.

“These forests evolved under cold conditions, and we do not know enough about the impacts of warming on their resilience and buffering capacity,” says Shvidenko.

In the article, the researchers call for governments and societies to place greater focus on the health of boreal forests, meaning the forests’ resilience, adaptive capacity, and productivity. Transition to adaptive forest management is an urgent need for securing future sustainable development of boreal forests. They also stress the key role of monitoring and research to continuously assess the state of boreal forests and improve the understanding of feedbacks and interactions in order to decrease the risk of catastrophic tipping points, where the forests switch from being a net sink for CO2 to a major source of increased greenhouse gas emissions.

Web articles – via partners/network co-ordinators. This website and its contents are the exclusive property of ANGA Media Corporation . We appreciate your feedback and respond to every request. Please fill in the form or send us email to: [email protected]
Previous: Bears cool off in New Jersey family’s backyard pool (Video)
Next: Human ‘super-predators’ should change their habits, Study