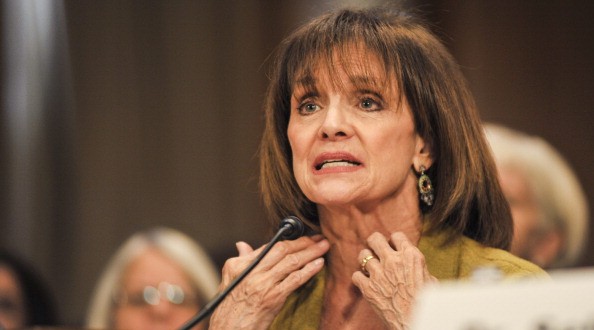 Posted by: News May 8, 2014 in Press Releases Leave a comment

Valerie Harper, who rose to fame on “The Mary Tyler Moore Show” and “Rhoda” will head to Capitol Hill on Wednesday to advocate on behalf of fellow cancer survivors during a hearing of the Senate Special Committee on Aging. Harper, who was initially diagnosed with lung cancer in 2009, found out last year her cancer had spread to her brain.

The hearing, which will examine federal funding for cancer research and recent treatment advances, will also explore challenges facing survivors and scientists. Lawmakers are also expected to seek a progress report on research aimed at detecting and treating recalcitrant cancers, such as pancreatic, liver, lung, ovarian and brain cancers, whose 5-year survival rates are typically less than 20 percent.

Joining Harper at the hearing will be the Director of the National Cancer Institute and the Director of the H. Lee Moffitt Cancer Center and Research Institute in Tampa, Florida. The panel will also hear from Mary Dempsey of the Patrick Dempsey Center for Cancer Hope and Healing in Lewiston, Maine and Chip Kennett, a former Senate staffer who is living with an as-yet incurable form of Stage IV lung cancer. Dempsey and her brother, Grey’s Anatomy actor Patrick Dempsey, founded the center in honor of their mother Amanda, who endured a 17-year fight against ovarian cancer until her death in March.

Despite significant advances in treatments over the years, cancer remains a formidable opponent. About 1.6 million Americans—the majority of them over age 55—will receive a cancer diagnosis this year, and more than 585,000 will die from the disease. Cancer is projected to become the top killer of Americans by the year 2030, where a 67 percent increase in new cases is expected among individuals over age 65.

Web articles – via partners/network co-ordinators. This website and its contents are the exclusive property of ANGA Media Corporation . We appreciate your feedback and respond to every request. Please fill in the form or send us email to: [email protected]
Previous: Artificial DNA Breakthrough Could Lead to New Treatments, Report
Next: Tsarnaev – Marathon suspect : Death penalty unconstitutional